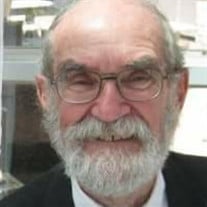 Andrew Thomas Purcell, 81, of Houston, Texas died peacefully on October 2, 2016 after a long struggle with Alzheimer's disease. He is preceded in death by his parents Andrew J. and Loretta Waters Purcell, and his sister, Frances Purcell Cashill. He is survived by Ellen Hanlon Purcell, his wife of 59 years, and seven children, Andrew, Daniel, James, Thomas; Terri Purcell-Nalieth, Elizabeth Purcell, and Katherine Purcell Lavery; five children-in-law; fourteen grandchildren. He is also survived by his brother Robert J. Purcell, a retired Sergeant from the Newark Police Department, and his wife Mary Lou, as well as many beloved nieces, nephews, cousins, and good friends. Andy was born in Newark, NJ, where he graduated from St. Benedict's Prep. in 1953 and from St. Bonaventure University in Olean, NY in 1957 with a degree in journalism. As a young man Andy worked for A&P, Coca-Cola, and the Newark Evening News. His professional career began with United Press in Albany and Syracuse, New York. In 1960 he entered a new phase in New York City as a writer/communicator, first with the American Petroleum Institute, and later with Esso/Exxon. Exxon sent him to Texas in 1971. He took early retirement in 1986 to start his own company, Purcell Communications. A funeral mass was celebrated at St. Cyril of Alexandria Catholic Church in Houston, Texas on Friday, October 7. In New Jersey, a memorial mass will be offered with family and friends on Saturday, December 3 at 10:00am at Saint James the Apostle Catholic Church, 45 South Springfield Avenue, Springfield, New Jersey In lieu of flowers please consider contributions in Andy’s memory to St. Benedict’s Preparatory School at www.sbp.org/invest .

Andrew Thomas Purcell, 81, of Houston, Texas died peacefully on October 2, 2016 after a long struggle with Alzheimer's disease. He is preceded in death by his parents Andrew J. and Loretta Waters Purcell, and his sister, Frances Purcell Cashill.... View Obituary & Service Information

The family of Andrew Thomas Purcell created this Life Tributes page to make it easy to share your memories.

Send flowers to the Purcell family.