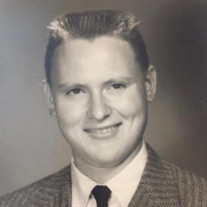 Anthony David Heaner, age 82 of Houston, TX died Saturday, February 29, 2020 at the hospital surrounded by his loving family. He was a native Houstonian, born November 14, 1937 at Hermann Hospital to John Elbert Heaner II and Beatrice Loock Heaner. He was preceded in death by his parents; his brother, John Elbert Heaner III, and close cousin, Sam S. Emison, Jr. Mr. Heaner grew up in La Porte and was Lutheran by faith. Survivors include his daughter, Martha Katherine Heaner (Martica), son, Anthony David Heaner, Jr. and wife Amy, and daughters Beatrice Heaner and Florence Heaner and husbands, Jesus and Kevin; sisters Kathleen Heaner Hannah and husband, David; sister, Mary Jane Heaner, sister-in-law, Linda Heaner; grandchildren and numerous nieces and nephews and grandnieces and grandnephews. Tony graduated from La Porte High School and kept up with former classmates, attending reunions until just recently. His childhood was filled with the activities that living in the country provided such as selling fireworks, raising chickens, riding horses, and he even set up his own chemistry lab. He had a woodshop and taught himself how to weld. He worked in the family garden. He was an acolyte at St. John’s Episcopal Church in La Porte and played football for La Porte HS. He attended Baylor University in Waco and the University of Texas in Austin. He studied math, chemistry and physics in college, but followed in his father’s footsteps working in the family business. He became President of Baby Giant Food Stores, Inc., one of the first convenience store chains in the greater Houston area that was founded in the 60s. His natural drive to learn continued throughout his life in both leisurely and professional pursuits. He taught himself to speak German and Spanish. He had an early interest in computers in the 1970s. Through a timeshare computer, he taught himself programming, which led to the purchase of his own IBM 360 mainframe computer to run his company. He was a passionate pianist and would play for three or more hours at a time on a daily basis. He was an avid gun collector, devoted Astros fan and had a profound love for his three dogs, who preceded him in death: Chrissy, Kenny and Elsie. Following a private interment, Memorial Services will be held at 1:00 pm on Friday, March 6, 2020 at Trinity Lutheran Church, 800 Houston Avenue, Houston, TX 77007. In lieu of customary remembrances, and for those desiring, the family requests with gratitude that memorial contributions be directed to Trinity Lutheran Church and/or a favorite animal rescue charity.

The family of Anthony David Heaner created this Life Tributes page to make it easy to share your memories.

Send flowers to the Heaner family.