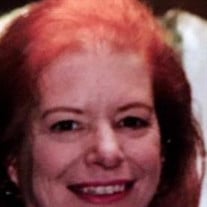 Barbara S Boylston was born December 7, 1943 at Herman Hospital in Houston, Texas. She died August 18, 2016 at Memorial Herman Memorial City Medical Center. She was preceded in death by her father, William J. Settegast, mother Norma Lee Parker, husband Clifton Lynwood Boylston, sister Mary Dianne Settegast and brother William J. "Bill" Settegast. She is survived by her partner, Charlie Gibson, daughter Alicia Lynn Allred and son-in-law Richard Allred, son Clifton Alan Boylston and daughter-in-law Laura Boylston and their sons Benjamin, Nathan and Christian Boylston. Barbara was a third generation Houstonian and lifelong resident. After graduating from San Jacinto High School in Houston, she met and married Clifton Boylston, an engineer with Schlumberger and a Clemson University graduate. In 1972 they bought a house out in the wilderness off the West side of Dairy Ashford road and set about turning that house into a home. Her home was always open to neighbors and friends and she enjoyed cooking southern meals for her children and their friends. Somehow the neighborhood kids always knew when fried chicken was for dinner, and there was never an empty seat at the kitchen table on those nights. While she was anything but a “Stepford Wife”, she was always involved in the community and her children’s schools. She had a huge heart and volunteered at local animal shelters, the Palmer Drug Abuse Program and she was a frequent blood donor. Much to her husband's chagrin and her children's delight, she enjoyed rescuing and raising stray cats. She paid vets to repair stray cats like the government paid to fix up Steve Austin in the Six Million Dollar Man. Up until the day of her death she was a member of the Humane Society. Even though her final years were marred with the effects of Alzheimer’s, she never lost her love of socializing with the friends she had over the decades, her family and most of all with Charlie Gibson, who she loved dearly. Barbara’s compassion extended well beyond her immediate family and her pets. She spent months as the primary caregiver for her sister, Mary Dianne, who died of cancer in 1991. Before that she welcomed her aunt, Stella Parker into her home and took care of her until her passing. In between raising her kids, keeping a home, and volunteering for worthy causes, Barbara found time to hold jobs at the Houston Chronicle, Offshore Data Services and several other local businesses. An avid reader, her house was filled with shelf upon shelf of Reader’s Digest condensed books and mystery novels of every kind. She had a beautiful writing style and an enormous vocabulary which was clearly not passed on to her children. A memorial service for Barbara Boylston will be held on Saturday, August 27, 2016 at 10:00 a.m. at Dettling Funeral Home, located at 14094 Memorial Drive in Houston. All are welcome and a reception will be held at the funeral home after the service. Flowers can be sent to the funeral home, and donations in her memory can be sent to the Houston Humane Society at www.houstonhumane.org or the Alzheimer’s Organization at www.alz.org

The family of Barbara Settegast Boylston created this Life Tributes page to make it easy to share your memories.

Send flowers to the Boylston family.