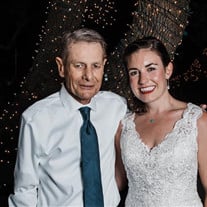 Barend Lee “Barry” Crawford, 70, of Houston passed away Wednesday, December 20, 2017. He was born September 18, 1947 in Munich, Germany to Bernard and Anne Crawford where his father spent three tours of duty serving the US Army. Barend was preceded in death by his father, Bernard Crawford, and is survived by his mother, Anne Crawford. He is also survived by his daughter Carrie Anne Monplaisir and husband Caleb; brother Jay Crawford and wife Tami; and nephews Mac and Will Crawford. Barry spent his adolescent years attending North Hardin High School, Kentucky where he ran cross-country. He later went on to attend the University of Kentucky and Western Kentucky majoring in Accounting. He has always been an avid fan of the University of Kentucky Basketball team, and enjoyed watching the games. Mr. Crawford was an active man who enjoyed playing tennis and golf, driving fast cars, attending Astros games, and eating at local restaurants with friends and family. Even through his 15-year battle with cancer he continued to travel and explore the history and culture of Holland, Belgium, Germany, Paris, Portugal, and Spain. His love for life and family combined with his stubborn and persistent attitude gave him the will to continue fighting past the expectations of the doctors and strength to walk his daughter down the aisle on her wedding day which was nothing short of a miracle from God. A memorial service will be celebrated Friday, December 22, 2017 at 10:00AM at Dettling Funeral Home, 14094 Memorial Drive, Houston, TX 77079 with reception to follow.

Barend Lee &#8220;Barry&#8221; Crawford, 70, of Houston passed away Wednesday, December 20, 2017. He was born September 18, 1947 in Munich, Germany to Bernard and Anne Crawford where his father spent three tours of duty serving the US Army.... View Obituary & Service Information

The family of Barend Lee "Barry" Crawford created this Life Tributes page to make it easy to share your memories.

Send flowers to the Crawford family.