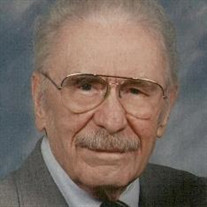 Bernard Walden (Wally) Lynch, 90, passed away at his home in Houston Texas on Friday June 3, 2016. He is survived by his wife Mari Louise Stiemert Lynch, his children Sharon Louise Lynch, Bryan Thomas Lynch, Glenna Marie Lynch, Kevin Patrick Lynch and Helen Ann Lynch Rogers, daughters and sons in law, 3 grandchildren and 2 great grandchildren. Wally was born November 20, 1925 in Waukegan IL to Bernard Thomas Lynch and Helen Heslin Lynch. He went to University of Illinois, where he met his future wife. Like many of his generation, he put his studies on hold to serve his country during World War II. He served in the US Navy in the pacific theater. After the war he returned to U of I to complete his studies, earning a Master’s Degree in Geology. He and Marilou were married September 25th, 1947 in Urbana IL. He embarked on a career in the oil and gas industry, first with Carter Oil, then Humble, and finally Exxon Mobile, working in Oklahoma, Kansas, and Texas. He was a member of the American Association of Petroleum Geologists. He was an avid golfer and a passionate Little League coach. He strove to instill the virtues of good sportsmanship and the drive to be the best in the boys he coached. Those same values in life were passed along to his children and the colleagues he mentored. The Funeral Mass will be held Monday, June 13, 2016 at 2:00 PM at St. Gertrude’s Catholic Church, 1120 South 8th Street, Kingsville, TX 78363. Mr. Lynch will be laid to rest following Holy Mass at 3:30 PM at Chamberlain Cemetery, 735 W. Caesar Ave., Kingsville, TX 78363. There will be a reception before Holy Mass at 12:30 PM in St. Gertrude’s School Hall. In Lieu of flowers please consider contributions in Wally’s memory to Conservation Fund, Animal Welfare Institute or Kingsville Friends, Animal Rescue.

The family of Bernard Walden "Wally" Lynch created this Life Tributes page to make it easy to share your memories.

Send flowers to the Lynch family.