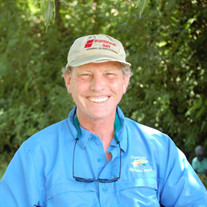 Bryan Neill Fox, 64, passed away on November 19, 2021 after an epic nine-round battle with cancer. Bryan was born on September 6, 1957 to Jerome Darby Fox and Frances Lou (Neill) Fox. He is predeceased by his parents and sister Janna Bolis. Bryan was born in Odessa, Texas. His family moved to Farmington, NM before he started school. There he made friends with the neighborhood boys, learned to fight and cuss and endured the walk to school (uphill both ways.) Bryan has great memories growing up on Farmington and can remember every kid he ever played baseball with, along with their birthdays. After graduation from high school, Bryan moved to Las Cruces, NM to attend New Mexico State University. Again, he made fast friends with his fellow students on campus, added beer drinking to his list of skills and thriving at dorm life. Bryan has great stories from his days on the NMSU campus and met many people with whom he is still friends. During this time, he also took up boxing. Bryan can remember every fight he ever fought and every decision that was rendered. After graduating with a Bachelor’s degree in Economics, Bryan worked in the oil industry with SEDCO, starting in Dallas before transitioning offshore. During this time in his life, Bryan enjoyed epic travels and adventures. Working 28/28 shifts, he chose to travel on his time off, rather than returning home. He visited many overseas ports, but some of his best stories occurred in Japan and Brazil. Later, he decided to return to NMSU to pursue a Master’s degree in Economics. Again, he developed fast friends among his fellow grad students, especially those with a more conservative political ideology. And he began playing rugby with the Black Hogs Rugby Club in Las Cruces. After earning his Master’s degree, Bryan worked for El Paso Electric Company, living in Las Cruces and commuting to El Paso for his job. Bryan was introduced to Sherry Kiesling by a mutual friend in 1994. They married in 1996 and Bryan moved to Chicago where Sherry was living. In 1997, after being laid off by an Indiana-based natural gas company, Bryan had the opportunity to return to work in Houston for his former employer, now known as SEDCO-Forex. So the couple relocated to Houston. Daughter Reagan joined the family in 2005 and Bryan went from being a solo traveler to a family traveler. The family made twice-yearly visits to San Antonio, enjoyed trips to Galveston, the Mississippi Gulf Coast, Louisiana’s cajun country, two trips to Disney World and many visits to see family in California, Texas and Branson, Missouri. They especially enjoyed annual fishing trips along the Llano River. They enjoyed staying in historic hotels and learning more about Bryan’s rich Texas family history. Bryan enjoyed researching his family genealogy, which led to his involvement in the Sons of Confederate Veterans. An amateur historian, Bryan knew more about history than many college professors and didn’t mind telling others when they were wrong. He became a Cubs fan while living in Chicago and certainly enjoyed the 2016 World Series win. But he noted that it was cheaper and easier to get seats at Wrigley Field when they were the “lovable losers.” Bryan continued to follow boxing right up until the sport fell off its rails. And he always said he had “one good fight left in him.” He didn’t know that fight would be cancer. Bryan was first diagnosed in 2014 and experienced his first major surgery in 2016. The cancer returned in 2019 and the treatment regimens became more daunting. But Bryan kept fighting. He also kept living. The family enjoyed weekend travels throughout Texas during the worst of the pandemic. He celebrated another Thanksgiving, another Christmas and two more birthdays. But the end came fast and furious in a way that the family did not see coming. Bryan died peacefully at home, as was his desire, surrounded by family and his feline friends. He is survived by wife Sherry Kiesling Fox, daughter Reagan Taylor Fox, parents-in-law Herman and Sarah Kiesling, sister-in-law Terry Kiesling, niece Abbi Bristow, sister Celia Fitch, three nieces and numerous cousins. A Funeral Service will be held on Monday, November 29, 2021, with visitation open to the public at 5:30 PM and the funeral service beginning at 7:00 PM at Dettling Funeral Home, 14094 Memorial Drive, Houston, TX 77079. A reception will follow. Bryan will be buried in the family plot at Evergreen Cemetery, Ballinger, TX on Wednesday, December 1. In lieu of flowers, please consider a charitable donation to Wonders & Worries, an organization that provides free, professional support for children and teenagers through a parent’s serious illness.

Bryan Neill Fox, 64, passed away on November 19, 2021 after an epic nine-round battle with cancer. Bryan was born on September 6, 1957 to Jerome Darby Fox and Frances Lou (Neill) Fox. He is predeceased by his parents and sister Janna Bolis.... View Obituary & Service Information

The family of Bryan Neill Fox created this Life Tributes page to make it easy to share your memories.

Send flowers to the Fox family.