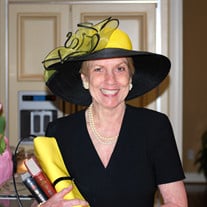 Catherine Penelope (“Penny”) Miller Clingman passed away peacefully on Tuesday, the 29th of December 2015. She was born in Houston, Texas, on the 12th of November 1938 to Harry and Alice Miller. She was 77. Penny was a lifelong Houstonian graduating from Lamar Senior High School in 1957. She attended the University of Houston and graduated in 1961 with a degree in Business Administration. During her college years, she was a member of the Alpha Delta Pi Sorority. After graduation, she embarked on a career as a mother of three children, while working numerous jobs over the years. Penny spent the majority of her working career as a school teacher; often teaching special needs children in the Houston Independent School District. When her children were younger, she worked as a school bus driver for the Spring Branch School District. She was also a licensed real estate agent. In 1961, Penny married Bill Clingman and was blessed with three wonderful children. They were married over 50 years and enjoyed travelling. Penny especially enjoyed travelling overseas; including trips to Russia, Austria, Scandinavia, Australia, and all of the Mediterranean countries. Penny was an avid sports fan and rarely missed a Houston Astros or Oilers/Texans game. She also closely followed the Houston Cougars on Saturdays. Penny and Bill developed many special friendships through their membership at Memorial Drive United Methodist Church. Penny generously spent time volunteering at the church and was an active member of the Good News Sunday School Class. Penny loved the performing arts and served as a volunteer usher at the Alley Theater and the Hobby Center. She was a frequent volunteer at The Museum of Fine Arts, and she often attended lectures at the many Houston museums and universities. Penny and Bill served as PTA Presidents of Westchester High School in 1985. Penny also enjoyed spending time and shopping with her sister, Carol. Penny was a devoted wife, and she found her greatest joy in spending time with her family. She is preceded in death by her parents and husband of 50 years. Penny is survived by her children, Darrell Clingman and daughter-in-law, Etti Clingman, of Sugar Land, Russell Clingman and daughter-in-law, Nell Clingman, of Sugar Land, and John Lloyd Clingman of Houston. Penny was the proud grandmother of four grandchildren; Brooks and Shelby Clingman and Tyler and Hailey Clingman, all residing in Sugar Land. Penny is also survived by her sisters, Zoe Miller of Rockwall, Texas, and Carol Van Deusen of Conroe, Texas. Penny resided in Silverado Memory Care in Sugar Land, Texas, for the last three years. The family would like to thank the wonderful staff at Silverado and Silverado Hospice for the care and attention Penny received during her time there. The memorial service, in celebration of Penny’s life, will be conducted at one o'clock in the afternoon on Monday, the 4th of January, at Memorial Drive United Methodist Church, 12955 Memorial Drive in Houston, where The Rev. James H. McPhail and Dr. Charles B. Simmons will perform the service. Immediately following, all are invited to greet the family during a reception, to be held at a venue announced during the service. In lieu of flowers, donations can be made to The Caring Forever Foundation, 12955 Memorial Drive, Houston, TX 77079.

Catherine Penelope (&#8220;Penny&#8221;) Miller Clingman passed away peacefully on Tuesday, the 29th of December 2015. She was born in Houston, Texas, on the 12th of November 1938 to Harry and Alice Miller. She was 77. Penny was a lifelong... View Obituary & Service Information

The family of Catherine Penelope "Penny" Clingman created this Life Tributes page to make it easy to share your memories.

Send flowers to the Clingman family.