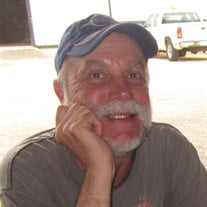 Charles Arthur Seaton, 62, of Katy, Texas, beloved father, brother, uncle and friend, died unexpectedly at the home of his sister Clarruth, on August 8th. Charlie was the eldest son of the late Clarence and Merruth Seaton. He graduated from Monroe High School in 1969. He was an Eagle Scout and played the cornet and piano. He attended St. Olaf College, Arizona State University, and the University of Arizona, graduating with a degree in biochemistry and a graduate degree in Pharmacy from the University of Arizona. He was such an exceptional pharmacist that he received an award for flawless work performance (zero errors in handling thousands of refills). He also trained and worked as an Air Traffic Controller in Fremont, California. Charlie was an avid outdoorsman with a passion for fishing which he enjoyed since his childhood. He also loved flying planes, boating, hunting, camping, hiking, biking, snow skiing, snowmobiling and playing cards. He was a fan of stock car racing, the Green Bay Packers, and college basketball (especially the teams of Arizona State University and University of Arizona). Charlie was a voracious reader with many varied interests including astronomy, chemistry, and physics, and world events and finance. He would be quick to remind people when the next meteor shower would be seen, or when the ISS would be visible and could name most visible constellations and stars. Charlie lived an adventurous “life in the fast lane” (his favorite quote) in Wisconsin, Illinois, Arizona, California, Alaska, Texas, and Australia. Charlie was extremely intelligent, kind and generous with an incredibly gentle soul, a wonderful sense of humor, and a great sense of irony which kept his countless friends entertained. He loved his four daughters very much, and he was fortunate enough to have met both of his grandsons before his much-too-early death. Following an accident in 2000, he has made his home with his sister’s family in Katy, Texas. He was the beloved “big brother” and uncle to Merruth and Arthur, and a favorite character in the neighborhood. He will be remembered by all for always being available to help, his humor, his bare feet, baseball cap, and filter-less camels, and for just ‘being Charlie’. He is survived by one child from his marriage to Beverly Ann Berg, Erin Kathleen Berg, of Carlsbad, California, and three children from his second marriage to Virginia Anne Mocan: Thresia Elizabeth (Landon Mouritsen), of Latrobe, Pennsylvania, Alyssa Jeanette (Levi Daugherty) of Moon, Pennsylvania, and Caitlin Mocan, of Anchorage, Alaska; and two grandsons: Lanny Mouritsen and Charlie Daugherty; three sisters: Merry Beth (Bill Lynes), Clarruth Anne (Greer Barriault), and Catherine Sweeney; a brother, Fred (Beth); stepmother (Carol Lee); seven step-brothers and step-sisters: Dan, Lee, Beth, Carla (Drew), Jill (Keith), Bill, and Jan (Carl); and seven nieces and nephews: Merry Cate, Jeanne & Theresa Sweeney, Cullen and Will Seaton, and Merruth and Arthur Barriault. To borrow a quote George Halas made about Brian Piccolo, when we think of Charlie, it’s not how he died that we will remember, but how he lived. How he did live! He used every one of his nine lives. A Memorial Gathering will be held on August 16th, from 2–5 PM, at the Dettling Funeral Home, 14094 Memorial Dr, Houston, TX 77079.

Charles Arthur Seaton, 62, of Katy, Texas, beloved father, brother, uncle and friend, died unexpectedly at the home of his sister Clarruth, on August 8th. Charlie was the eldest son of the late Clarence and Merruth Seaton. He graduated from... View Obituary & Service Information

The family of Charles Arthur Seaton created this Life Tributes page to make it easy to share your memories.

Send flowers to the Seaton family.