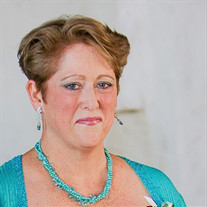 Charlotte Orman Hinton of Missouri City, Texas, passed away peacefully on August 3, 2017. She is survived by her loving children Katherine Hinton-Rosenberg (Ben Rosenberg) of Austin; Troy Hinton (Nori Khan) of Houston; Elizabeth Hinton of Houston; and three adoring grandchildren Angie Wilson, and April and Chance Hinton. She is also survived by her brother-in-law Ken Hinton of Big Sandy, Alabama and Indonesia. Also surviving are many close family members and a host of dear friends. Charlotte was preceded in death by her devoted husband of 42 years, Mark Percy Hinton. She was the daughter of Eva Wynell Gargus Orman and William Smythe Orman, Sr. She is also preceded by her brother, William Smythe Orman, Jr. She was born on January 7, 1954 in Decatur, Alabama. She grew up in Athens, the daughter of a distinguished World War II veteran and entrepreneur and a registered nurse. She had an idyllic childhood in the beautiful hills of north Alabama, creating many comical stories and memories with her family and multiple cousins. She especially loved her rides with her horse, Trigger, down to the country store to pick up his favorite reward, a Baby Ruth. She enjoyed her years with her sisters of Kappa Alpha Theta at the University of Alabama, where she studied interior design and met her beloved husband Mark. Her compassion was felt by all who knew her. Her greatest devotion and achievement was not only raising her own grateful children, but the many who she touched with her gifts teaching Pre-K at Southminster Presbyterian School for 15 years. Her life’s work and fulfilled passion was ensuring all children were provided a foundation of love, support, and confidence in themselves. Her calming spirit and patience were felt by every child she encountered; from her own, to those she taught, to the many families during their time in Indonesia, and especially her grandchildren. Charlotte and Mark were blessed to find each other and build a meaningful life together. They moved around the country, collectively cultivating roots wherever they found themselves. They shared many joys; including music, attending concerts, travels around the world, and above all their dedication to family. They were deeply committed to each other, remaining steadfastly in each other’s corner in this life and beyond. A memorial in celebration of Charlotte’s life will be held, Saturday, August 12, 2017 at 2:00 pm at Dettling Funeral Home, 14094 Memorial Drive, Houston, TX 77079, with a reception to follow. Visit www.DettlingFuneral.com to read more and leave words of condolence for the family. Another memorial service in Athens is being planned, at a later date and time to be announced. ____________ In lieu of flowers, the family suggests memorials to the Coach William Orman Scholarship Fund (c/o Cliff Smith, P.O. Box 109 Athens, AL 35612), the DePelchin Children’s Center (www.depelchin.org), the Presbyterian Children’s Homes and Services (www.pchas.org), or another charity of your choice.

The family of Charlotte Hinton created this Life Tributes page to make it easy to share your memories.

Send flowers to the Hinton family.