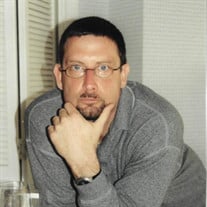 Christopher K. Whitehead was born July 11, 1960 in Houston Texas. He was a very young 59 years old –handsome, loving and friendly to all. Chris is survived by his sons, Blaine Whitehead and Garrett Whitehead; mother, Carmell Whitehead; sisters, Kelly Cashman and Kathrine Johnson; half brother, Daymon Hail & wife Mandy Hail; nieces, Victoria Cashman, Elise Poisot and Sophia Ormsby; nephews, Nicholas Cashman, Andrew Hail and Dylan Hail. Chris was a very kind and empathetic person. He grew up on the southeast side of Houston and attended Milby High School. Chris maintained contact with many of his childhood and high school friends. He was a very talented sportsman who played both baseball and basketball in his younger years. He was a talented star pitcher/ first baseman at Milby High School in Houston, TX. He was the father of two sons, Blaine and Garrett who were raised in Wisconsin. Chris was a loving father who adored his sons and he gave much credit to their mother, Sandra, who helped raised the boys to be outstanding and responsible young men. Chris served in the US Military Air Force Division for over a decade and proudly served his country during Desert Storm. He was an Air Force plane mechanic who had the opportunity to travel the world while in service. Chris was a genuinely nice guy who was generous and empathetic to others; he was kind to all people regardless of their age and race or circumstances. He was a compassionate and loving brother, son and father who will be dearly missed by his family. While in Puerto Rico in early 2020 Chris was attacked and severely beaten. He fought his way to recovery over a four-month period, which is a true testament of his fighting spirit. Chris was able to come back home to Houston and spend precious time with his mother for love and support. Tragically, due to his injuries, he had an unfortunate incident where he lost oxygen and suffered a brain injury of which recovery was not expected. The loss of Chris is true heartbreak for his family and friends who were waiting patiently to spend more time with him as he overcame the challenges. The Whitehead family will be present to receive friends Saturday, June 13, 2020 from 2:00 PM until 5:00 PM at Dettling Funeral Home, 14094 Memorial Drive, Houston, TX 77079. Chris will be laid to rest at Ebenezer Cemetery in Henderson, TX on Sunday, June 14, 2020 at 1:30 PM. God saw you getting tired; a cure not meant to be. So he put his arms around you and whispered, “Come with me.” With tearful eyes we watched you and saw you fade away, although we loved you dearly, we could not make you stay. A golden heart stopped beating, your tender hands at rest. God took you home to prove to us he only takes the best.

Christopher K. Whitehead was born July 11, 1960 in Houston Texas. He was a very young 59 years old &#8211;handsome, loving and friendly to all. Chris is survived by his sons, Blaine Whitehead and Garrett Whitehead; mother, Carmell Whitehead;... View Obituary & Service Information

The family of Christopher Keith Whitehead created this Life Tributes page to make it easy to share your memories.