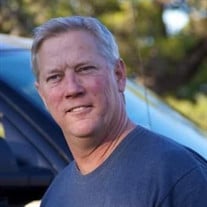 DAVID FITZGERALD BYRD, 56, passed away after a brief illness on Monday, January 3rd, 2022 in Richmond, Texas. He was born February 17th, 1965 in Houston, Texas, the son of James H. Byrd and the late Nancy Carroll Prior, and was a life-long resident of the Houston area. After graduating from high school in Houston, David attended the University of Arkansas and Stephen F. Austin State University before joining the United States Army in 1987 as a Military Police Team Leader, 502nd Military Police Company, Second Armored Division, Fort Hood, Texas. After his Honorable Discharge in 1990, David used his Military Police training as a State Certified Police Officer, including motorcycle patrol, with the Galena Park Police Department from 1990 through 1996. After his law enforcement career, David pursued his new career in professional/technical writing before becoming an Independent Petroleum Landman in 1999, a career he enjoyed for most of the rest of his life. David was an avid outdoorsman and his many hobbies included boating, hunting and fishing and country drives on his beloved motorcycles with his many friends. Though from Houston, he was passionate about his Green Bay Packers and rarely missed their games. He never could resist picking up a microphone to do his George Jones impression on Karaoke night. David was preceded in death by his mother, Nancy Carroll Prior, and his brother-in-law, Randolph Walter Herring, and is survived by his father, James H. Byrd and his wife Eugenia Van Zandt Byrd, his sister, Laura Byrd Herring, his brother, James H. Byrd, Jr. and his wife Mary Byrd, his brother, John Carroll Byrd and his wife, Catherine, and his numerous nieces and nephews. A funeral service celebrating David’s life will be conducted at 2:00 p.m. on January 15th at St. John the Divine, 2450 River Oaks Boulevard in Houston, where the Rev. Charlie Holt will officiate, reception to follow. Interment of Mr. Byrd’s cremains will take place at the Houston National Cemetery at a later date. In lieu of flowers, memorial donations may be made to DePelchin Children’s Center, 4950 Memorial Dr., Houston 77007 or the charity of your choice.

DAVID FITZGERALD BYRD, 56, passed away after a brief illness on Monday, January 3rd, 2022 in Richmond, Texas. He was born February 17th, 1965 in Houston, Texas, the son of James H. Byrd and the late Nancy Carroll Prior, and was a life-long... View Obituary & Service Information

The family of David F. Byrd created this Life Tributes page to make it easy to share your memories.

DAVID FITZGERALD BYRD, 56, passed away after a brief illness...

Send flowers to the Byrd family.