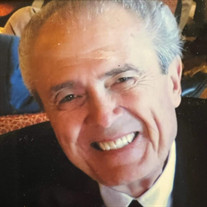 Dennis “The Captain” Alan Kadlec, aged 76, peacefully passed away on June 16, 2022, in Houston, Texas, with his wife Jori, and sons, Shane and Jorden, at his side. His passing followed three months of illness, and a lifetime of happiness, love and kindness. He is survived by his mother, Lorraine Kadlec, wife Jori, sons Shane (Sara and Jackson), and Jorden (Ryder), his sister Loragene (Don, Maya and Julian), and aunt, Gloria Vittner. Born in Berwyn, Illinois, 1945, to Eugene and Lorraine Kadlec, Denny was raised in greater Chicago, graduated Proviso East Highschool, and attended Northwestern University, (Phi Kappa Sigma), where he earned BA in Business Administration. Most importantly, he met his wife, best friend and soulmate, Jori, at Northwestern, with whom he spent the next 60 years. Following graduation, he began his career in office equipment sales management and started his family in southern Ontario, Canada. After over 20 years in Canada, Denny and Jori left the corporate world behind, and moved to Florida, where they lived and worked on the water, as the owner/operator of “Capt. Mc. Boats”, in John’s Pass. After moving to Texas in 2002 to be closer to their sons, Dennis and Jori became members of First Methodist Church in Houston. He earned a Paralegal Certificate and worked for the Port of Houston in their legal department. His life was filled with kindness and the pursuit of his passions – his love of history, World War II and Sir Winston Churchill, playing goaltender, golf, bridge, poker in the World Series of Poker, and The Outlaw Josey Wales in D&D. His love, commitment and dedication to his family was always present, and will be forever missed. His cherished friendships lasted decades and spanned countless cruises and trips abroad with both family and friends. As the proud grandfather of Jackson Angus Kadlec and Ryder James Kadlec, he set the example of how to be loving, kind, respectful, dedicated and successful. His wonderful kindness, smile, and good humor will always be remembered by everyone whose lives he touched He will be forever loved, missed and remembered, by all those whose lives he was part of – as None Greater. In lieu of flowers, please consider making a charitable contribution to The United Mitochondrial Disease Foundation , or another of your choice, in his memory.

Dennis &#8220;The Captain&#8221; Alan Kadlec, aged 76, peacefully passed away on June 16, 2022, in Houston, Texas, with his wife Jori, and sons, Shane and Jorden, at his side. His passing followed three months of illness, and a lifetime of happiness,... View Obituary & Service Information

The family of Dennis Alan Kadlec created this Life Tributes page to make it easy to share your memories.

Send flowers to the Kadlec family.