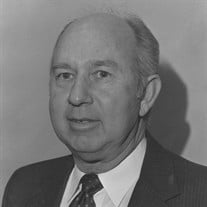 Donald Neil Wade, 85 passed away on March 30, 2016. Don was born in Eureka Springs Arkansas, August 29, 1930 during the great depression to Edward Wade & Lillian McLaughlin and was the fourth of five children. He had two older sisters, Tilley and Margie, an older brother Tommy, and a younger sister Jessie. Jessie is the only survivor from his family today. Don’s family lived in Arkansas while his dad found work on the railroad expansion out west to California, sending money back home each week for over two years. Finally, when the railroad was completed his dad sent for the family to move to California where they settled in the town Stockton. Don graduated High School in 1947 in Stockton, California. The war in Korea had just broken out and Don and his brother Tommy were having a soda at the local soda fountain across the street from the local armed forces recruiting station. After a short discussion between the two brothers, they walked across the street and joined a long line of volunteers. At the age of 17 Don got his mom’s permission to enlist in the US Navy. Don was assigned to fighter squadron VF-114, Air Group 11 on the Aircraft Carrier USS Philippine Sea in 1948. While in the Navy, he severed with distinction and was awarded the Korean Service, Navy War Occupation and UN Medal and was honorably discharged in 1952. After the war, Don joined the Thimble Shoe Company where he worked from 1952 -1966. He had assignments all over the United States. First in Grand Forks, North Dakota, where he met his wife of 60 years, Nancy Sirman who was from the Winnipeg Manitoba. From there, the couple went to Omaha then on to Nashville where they had their first son, Donald James Wade on September 19, 1957. In 1959, the Wade’s moved on to Corpus Christi where Don and Nancy had their second son, Robert Neil Wade on November 6, 1961. Don loved being close to the ocean and every moment he got he would walk from the house after work and go fishing with his friends. In 1963, the family moved to Houston where Don became the district manager for 33 Wieners department stores for the Southwest. In 1966, he made a career change and began the next chapter of his life becoming a Personnel Consultant with M. David Lowe. He worked for M. David Lowe the next 18 years and became the VP of Operations until the oil crash of 1984. He was instrumental in the growth of M. David Lowe to one of the largest personnel agencies in the South. During his tenure with M. David Lowe, the family moved to the suburb of Sharpstown where he and Nancy remodeled an old two story home on 1 ½ acres which was built in 1945. Their hobby was raising horses and chickens, at that time the city limits ended at the Southwest Freeway and Beechnut; everything beyond was farm land. This is also where the boys finished their schooling and went to college and where his loving wife Nancy still lives in that house. In 1984 he went to work for First City Bancorp as the VP of Property Management overseeing 200 branches with over 2 million sqft. of real estate. Don sold the flagship property, First City Tower for 40 million dollars during the oil depression that had hit Houston in the mid 80’s. The oil crash was now affecting the local banks which had relied heavily on loans to oil & gas companies. The sale of First City Tower saved countless jobs for the short term, but in 1986 the oil bust finally caught up with his bank as well and it soon closed its doors too. He went on to start his own business called Contract Interiors, which became a very successful commercial construction company. He leveraged his knowledge from operations and merged it with his knowledge of real estate. He continued to build his business with his wife Nancy and his oldest son Don until 2002 when he finally retired. Don spent his later years in life enjoying his granddaughter Stephanie and his grandson’s Jacob and Zach and Granddaughter Lauren. And his 3 great grandchildren Josh, Nathan and Hailey. He continued to tinker with things like his motor home and his boat and attend numerous auctions bringing home his latest project to work on. He was a loving man, husband, father and Gramps who will be warmly remembered and greatly missed by us all. Don is survived by his loving wife of 60 years, Nancy Wade and their two sons; Donald Wade & Robert Wade and wife Crystal; Grandchildren Stephanie, Jacob, Zachary and Lauren Wade; Great grandchildren Joshua, Nathan and Hailey Young and numerous loving nieces, nephews and friends.

Donald Neil Wade, 85 passed away on March 30, 2016. Don was born in Eureka Springs Arkansas, August 29, 1930 during the great depression to Edward Wade & Lillian McLaughlin and was the fourth of five children. He had two older sisters, Tilley... View Obituary & Service Information

The family of Donald Neil Wade created this Life Tributes page to make it easy to share your memories.

Send flowers to the Wade family.