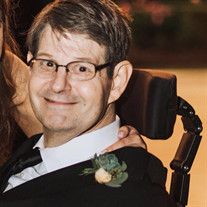 Douglas Lee Brewer, age 60, passed away on Saturday, March 20. Born in Wilmington, Delaware, his family moved throughout the U.S., but eventually made their home in Baton Rouge, Louisiana. Doug was a graduate of Broadmoor High School and an Eagle Scout. He graduated from Louisiana State University (LSU) with a Bachelor of Science in electrical engineering. Even though he and his future wife attended LSU at the same time, the two didn’t meet until years later through a church bowling league. After six months of dating, the couple was engaged and then married on October 19, 1991 at St. John the Evangelist Catholic Church in Plaquemine, Louisiana. This October would have marked their 30th wedding anniversary. In 2000, Doug and his wife moved with their children from Baton Rouge to Katy, Texas, where he continued his career in pharmaceutical sales. Even after their move to Katy, Doug and his family rarely missed LSU football games back in Baton Rouge. Doug loved LSU and always cheered on the purple and gold. His favorite sports to watch were football, baseball, basketball, gymnastics and softball. On March 2, 2010, Doug suffered a brain stem stroke, which left him paralyzed on the left side of his body and bound him to an electric wheelchair. Even after suffering the stroke, Doug never let his limitations prevent him from making the most of each day. He continued to serve his community and was an active member of his neighborhood, Canyon Gate at Cinco Ranch, and president of the Cinco Municipal Utility District 8. Doug never met a stranger and could talk to anyone about anything. He was a beloved husband, father, brother, uncle and friend. He is survived by his devoted wife of 29 years, Judith Palermo Brewer; his loving children, Francesca Brewer White, Gabrielle Marie Brewer and Garrison Douglas Brewer; son-in-law, Andrew Bolinger White; sister, Dr. Marilyn Sue Brewer; brother, Kenneth Alan Brewer; aunt, Susan Kiehborth MacLeod; and numerous in-laws, nieces, nephews and cousins. He was preceded in death by his parents, Robert Ira Brewer and Nancy Kiehborth Brewer; niece, Faith Josephine Brewer; uncle, Rev. Dr. John “Jack” H. MacLeod; father-in-law, Peter A. Palermo; mother-in-law, Gladys “Butsy” Palermo; and brother-in-law, Patrick C. Burleigh. Doug will truly be missed by his family and friends. A memorial service will be held on Thursday, April 1 at 11 a.m. at Memorial Drive United Methodist Church located at 12955 Memorial Drive, Houston, TX 77079. Services entrusted to Dettling Funeral Home. A streaming option will be available to family and friends. In lieu of flowers, memorial donations may be made to the Caring Forever Foundation at Memorial Drive United Methodist Church. The link for steaming services on Thursday, April 1, 2021 beginning at 11:00 AM is http://www.mdumc.org/dougbrewer

Douglas Lee Brewer, age 60, passed away on Saturday, March 20. Born in Wilmington, Delaware, his family moved throughout the U.S., but eventually made their home in Baton Rouge, Louisiana. Doug was a graduate of Broadmoor High School and an... View Obituary & Service Information

The link for steaming services on Thursday, April 1, 2021 beginning at 11:00 AM is http://www.mdumc.org/dougbrewer

Send flowers to the Brewer family.