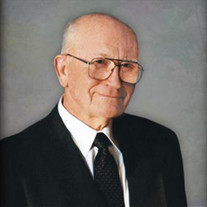 Earle B. Hammond, Jr., 91, beloved husband, father, grandfather, uncle and friend, died Saturday, May 4 in his Houston home surrounded by his family. A native of Liberty County, Earle was born in Dayton, Texas to William Earl and Ola Mae Hammond and graduated from Hull-Daisetta High School. A proud alumnus, he once held the position of President for the Golden Oldies Alumni Association and was one of the founders of an endowed college scholarship for Hull-Daisetta High School graduates. Shortly after graduation, Earle enlisted in the U.S. Coast Guard during World War II. During his service, he earned ribbons for service in the American Theater, Asiatic Pacific Theater and the European African Middle Eastern Campaign. Like so many members of the Greatest Generation, Earle personified the values of personal responsibility, duty, honor, faith and family. After he was honorably discharged from the Coast Guard, Earle began studying business administration at the University of Houston. He married Alice Nell White of Devers, Texas on June 28, 1948 while still in college. Their life together in Houston began in university housing for married couples on the UH campus. In August 1950, Earle graduated from UH and developed a life-long love for his Cougars! He earned his Certified Public Accountant credentials and spent 29 years in a variety of management positions with Armco Steel and its subsidiary at the time, National Supply. After retiring from Armco, Earle established his own CPA practice and was a charter member of the West Houston Chamber of Commerce. His passion for business and finance drove him to become a certified financial planner, advising family, friends and clients on investment strategies. After he truly retired, Earle enjoyed playing golf at Texaco Country Club; fishing at his favorite fishing holes around Smith Point, Texas; and working outside keeping his yard beautiful and supplying family and friends with homegrown tomatoes. Earle was known for his dry wit and always had the perfect clipping from the newspaper’s Sunday comics. When not on the boat, golf course, or in the garden, Earle could be found in his trademark chair, nose-deep in a book. In his later years, he began writing stories about life, aging and whatever entered his thoughts. One of his last great accomplishments, only a few short months ago, was a publication of his stories, thanks to the help of his friend Marlin Murdock. The book is a treasure and a fabulous legacy to his family and friends. A special thanks is given to Trinika Moore, Bridgett Fobb, Darneshia Stevens, and Tracey James, who served tirelessly as Earle’s caretakers and companions. Earle is survived by his wife of 70 years, Alice; two daughters, Pat Hammond and husband, Martin Murdock; and Donna Ladyga and husband David; and three grandchildren, Jacob Ladyga, Hayden Murdock and Audrey Murdock, all of Houston. A graveside service will be held Tuesday, May 14 at 1 p.m. at Palms Memorial Park in Dayton, Texas. A visitation will follow at Dettling Funeral Home in Houston from 6-8 p.m. A celebration of Earle’s life will take place at 1 p.m., Wednesday, May 15 at Memorial Drive United Methodist Church. In lieu of flowers, the family requests donations to Wesley Community Center, www.wesleyhousehouston.org in memory of Earle.

The family of Earle B. Hammond Jr. created this Life Tributes page to make it easy to share your memories.

Send flowers to the Hammond family.