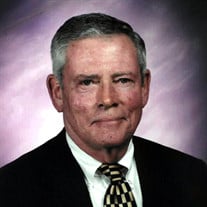 Ed Crane, a 39 year resident of Houston died suddenly on April 11th at age 85. Preceded in death by his wife of 59 years, Grace; his son Terry and grandchildren Timmy and Brian, Ed is survived by his three children, Ed Jr. of El Dorado Hills California, Dr. Trish Storey of Houston and Peter of Lantana Texas; their spouses Barbara Crane, Mark Storey and Kristen Crane; and five Grandchildren, Mark Edward, Conner, Shannon, Brooks and PJ, all of whom “Papa Ed” loved greatly. Ed Crane was Born in Brooklyn New York, where his Dad, an NYPD Lt. exposed him to the finer things of the Borough, like the Brooklyn Dodgers, Nathans on the Boardwalk and summers at Breezy Point, where Ed spent some time as a lifeguard. He attended Fordham University and in 1954 graduated as an ROTC Commissioned USAF 2nd Lieutenant. After a stint in Japan, the now civilian Ed Crane joined the management ranks of Firestone Tire in Akron Ohio. Ed and wife Grace moved back to Garden City New York, where his distinguished business career included management positions with The Research Institute of America and Emery Air Freight. Recruited by BFI in 1980, Ed moved the family to Houston, where he joked he had “gone from haste to waste” as the new Vice President of Sales for the solid waste firm. While BFI took the boy out of New York, it couldn’t take the New York out of the boy, as Ed maintained a 42 year membership in Manhattan’s Union League Club and built a summer home in East Hampton NY, allowing Ed, Grace and the family to split their time between Long Island and Houston for many years. Ed retired in 1994, but soon delved into marketing consulting and charity work, serving for a time as Chairman of The Cenikor Foundation, a drug treatment facility. The most important thing in “Eddie’s World” was his family, members of which are missing him terribly. Ed had a biting sense of humor, a zest for life and a sense of optimism that was contagious. As a daily cover to cover reader of the NY Times, Ed had an amazing grasp of current events, history and trivia. He had strong opinions and was a marvelous story teller. Ed Crane would be the first to tell you he was a lucky man, to whom life was “simplicity onto itself,” Friends are invited to join the family in celebrating his life by calling at the Dettling Funeral home on Tuesday April 23rd from 6-9 PM or attending a Mass of Christian Burial, at St John Vianney Church, Wednesday April 24th at 10:30 AM. In Lieu of Flowers, the family would encourage donations in Ed’s name to The Make A Wish Foundation of Northeastern California and Northern Nevada or The Cenikor Foundation.

Ed Crane, a 39 year resident of Houston died suddenly on April 11th at age 85. Preceded in death by his wife of 59 years, Grace; his son Terry and grandchildren Timmy and Brian, Ed is survived by his three children, Ed Jr. of El Dorado Hills... View Obituary & Service Information

The family of Edward James Crane created this Life Tributes page to make it easy to share your memories.