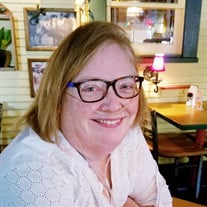 A fifth generation Oklahoman, Ellen Harris was born in Altus, Oklahoma to James Robert (“Red”) and Robbie Morgan Rains. She was raised in Altus and Oklahoma City, Oklahoma, where she attended U.S. Grant High School. Ellen studied at the University of Oklahoma, and held Bachelor of Arts and Master of Liberal Studies degrees from Rollins College in Winter Park, Florida. She was a lifelong supporter of the OU Sooners of Norman, Oklahoma (BOOMER!). She was raised in the Church of Christ, and became an Episcopalian in her early adult life. She met her husband of nearly 35 years, Benjamin Hooper Harris, at the Episcopal Church of the Resurrection in Oklahoma City, where she was an alto in the choir. They were married on December 22, 1983. Ellen and Hooper lived in Oklahoma City, Orlando, Florida and Alexandria, Virginia before moving to Houston, Texas in 2011. She was a member of New Covenant Episcopal Church, Winter Springs, Florida, the Cathedral Church of St. Luke, Orlando, St. Paul’s Episcopal Church, Alexandria, and finally, Emmanuel Episcopal Church, Houston. At various times over these years, she served as a lay reader, lay Eucharistic minister, and choir member. At the time of her death she was an active student in the Education for Ministry program at Emmanuel. Ellen worked in many fields. She was a copywriter at the Daily Oklahoman, an Adjunct Professor of the humanities at Valencia Community College, and network administrator for a defense and government contractor. She offered her time and effort in a variety of volunteer roles as well, serving on the Arts Commission of Alexandria, and the Boards of the Herrington Harbor Sailing Association and the South Seminole Christian Sharing Center. She and Hooper hosted many foreign students in their Orlando years, and maintained close and loving friendships with several. She travelled to weddings in France, and on business trips with Hooper to Hong Kong and London. She particularly enjoyed exploring the Chesapeake aboard her sloop Tabasco. While Hooper fancied himself to be the Captain, she was definitely the Admiral. In 2006, she was diagnosed with pulmonary hypertension, a disease which changed her life. A rare disease, PH drew the best out of Ellen. Her naturally inquisitive mind and firm resolve to survive made her an ardent student of the disease, to the point that her pulmonologist noted that she knew more about PH than most doctors. She vigorously engaged with the Pulmonary Hypertension Association; she facilitated chat rooms, was a support group leader and an active campaigner for research for a cure. She helped many new patients understand their disease, and gave them the knowledge, the hope and the will to survive. Along the way, the toll of the loss of her friends was heavy, but, never the less, she persisted. She often said that she had PH, but PH did not have her. In the end, the stress of PH, the underlying scleroderma, and a newly diagnosed cancer exceeded even her strong will to live. She departed this world in the presence of her husband, at her home. Ellen was preceded in death by her father and her mother-in-law, Anne Harris; she leaves her mother, husband, sister Jane Moskowitz, brothers Dale and Dean Rains, sisters-in-law Laurie Swoff Rains, Kathy Farmer and Kathryn Harris, brothers-in-law Michael Moskowitz, Mark Harris and Chris Harris, nieces Morgan and Allie Rains, Ema Harris-Sintamarian, and nephews Garrett and Austin Moskowitz, and Matthew and Stephen Harris. The family asks that in lieu of flowers, you consider a donation to the Pulmonary Hypertension Association https://phassociation.org/. A Memorial Service will be held Saturday, October 13, 2018 at 2:00 PM at Emmanuel Episcopal Church at Temple Sinai, 13875 Brimhurst Drive, Houston, TX 77077.

The family of Ellen Carol Rains Harris created this Life Tributes page to make it easy to share your memories.

A fifth generation Oklahoman, Ellen Harris was born in Altus,...

Send flowers to the Harris family.