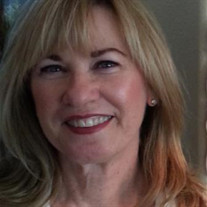 Frances Kathlene Walls, 63, of Houston, Texas was taken into the loving arms of God on Sunday March 20, 2016, in Houston, Texas. Known as Kathlene or Kathy to her family and many friends, she was born in October, 1952 in Greenville, TX to Kenneth and Doris Lynch. Kathlene met the love of her life, Joel Walls, of Sulphur Springs, TX, through a mutual friend and they were married seven months later in November, 1973. Kathlene and Joel have two wonderful sons, Daniel Sullivan Walls (32) and Elliot Alexander Walls (27). Her sons were her greatest joy and raising them her proudest life accomplishment. Kathlene was truly a wonderful wife, mother, daughter, sister, aunt and outstanding friend. She will be deeply missed by the many people whose life she has enriched. Kathlene was a loving and caring friend and confidant to those close to her. She was kind and thoughtful and rarely forgot a friend or relative’s birthday, anniversary, or other significant life event. She took great care in selecting just the right gift or card for each occasion. She was full of life and joy and held a deep love for Northern California where the Walls family lived for almost 25 years. Many of her dearest and most beloved friends are there and nothing made her happier than to be in San Francisco, around Lake Tahoe, Napa Valley, Carmel, Marin and the entire beautiful Bay Area. She was a marvelous cook who created most of her own recipes, a big fan of Stanford football, the San Francisco Giants, and her much-loved Houston Astros. She looked forward every year to opening day at Minute Maid Park. The world was a better place with Kathlene in it, but now she can spread her joy and smiles to all the angels in heaven. Kathlene is preceded in death by her parents, Kenneth Eugene and Doris Evelyn Lynch of Greenville; and her beloved brother, Larry Edwin Lynch of Morgan Hill, California. She is survived by her loving husband of 43 years, Joel Dan Walls; sons Daniel Sullivan and wife Melissa Walls of Denton, TX and Elliot Alexander Walls and his fiancé Katie Steward of Houston, TX; brothers, Billy Earl and wife Gayla Lynch of Beckville, TX, Ricky Alton and wife Stephanie Lynch of Greenville, TX, and Morris Eugene and wife Diana Lynch of Colorado; plus many wonderful nieces and nephews. Memorial Services will be held at 2 pm, Saturday, March 26, 2016 at Memorial Drive United Methodist Church, 12955 Memorial Drive, Houston, TX 77079. In lieu of flowers you are encouraged to donate to one of Kathlene’s favorite charities, Memorial Assistance Ministries or MAM of Houston. It helps local families, especially single moms, and has high ratings for transparency and financial accountability. http://www.maministries.org/

Frances Kathlene Walls, 63, of Houston, Texas was taken into the loving arms of God on Sunday March 20, 2016, in Houston, Texas. Known as Kathlene or Kathy to her family and many friends, she was born in October, 1952 in Greenville, TX to Kenneth... View Obituary & Service Information

The family of Frances Kathlene Walls created this Life Tributes page to make it easy to share your memories.

Frances Kathlene Walls, 63, of Houston, Texas was taken into...

Send flowers to the Walls family.