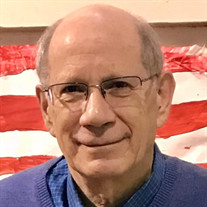 Frank Davis III was born in Shenandoah, Pennsylvania on December 8, 1946 and was raised in a military family. He graduated from Bishop Egan High School in Philadelphia in 1965. During his Senior Year at Bishop Egan, Frank was Class President, Student Council President and played on the varsity baseball and football team. Upon graduation in 1965, Frank attended Texas A&M University as a member of the Corps of Cadets where he graduated in 1969 with a BA in Political Science and was named to Who’s Who in American Colleges and Universities. Following graduation, Frank was commissioned an officer in the United States Air Force. While in the Corp, Frank served as the Commander of the 2nd Wing and was a member of the Ross Volunteer Company, serving as Executive Officer his senior year. Being a Ross Volunteer changed his life as he met his future wife, Cynthia Diane Abbott while representing the Ross Volunteers at Mardi Gras in New Orleans in February 1969. They were married at Holy Name of Jesus Catholic Church in New Orleans on June 19, 1969. He served his country in the United States Air Force for five years, including a combat year assignment in Vietnam. He was awarded the Bronze Star and the Air Force Commendation Medal for his service. Following his time in the service, Frank entered the oil and gas industry. He spent the majority of his career at Pogo Producing Company and served as Vice President of Land from 1997 until 2007. Frank finished his career as the Land Manager for Nippon Oil Exploration Company (USA) until his retirement in February 2015. After his corporate career, Frank joined the staff at Saint Cecilia Catholic Church as the Associate Director for Pastoral Care. Frank earned a Master’s degree in Pastoral Studies from the University of Saint Thomas in December 2012, and was subsequently ordained a Permanent Deacon in the Roman Catholic Church on January 26, 2013. He has been a member of the Saint Cecilia Catholic Community since 1978 and has been actively involved in the RCIA process, and served as an Extraordinary minister of Holy Communion and Sacristan. Frank and Cyndy were members of the Liberal Arts Development Council and Texas A&M, a member of the 12th Man Foundation and Association of Former Students. He and his wife were also donors of a General Earl Rudder Scholarship benefiting members of the Corps studying in the College of Liberal Arts. Having a life long interest in the Battle at the Little Big Horn, Frank became a hobby historian and for a couple of weeks each year from 1990 to 2001, he served as a Volunteer-in-Park at Little Big Horn Battlefield in southeastern Montana giving tours and lectures to visitors. Frank was active in sports with his children and he and Cyndy coached or managed football, basketball, baseball and soccer teams. Coaching and managing sports teams with his children was a great joy in his life. He and his wife have been so very blessed with his son and daughter, their spouses and seven grandchildren who call him “Lodi.” Also important to Cyndy and Frank were their golden retrievers. Beginning in 1980, they have had eight golden retrievers. Frank is survived by his loving, devoted and faithful wife, Cyndy, of over 52 years, his son Frank IV (Pancho) and wife Bevie, with five grandchildren: Cameron Alicia Davis, Carrington Sloane Davis, Henry Thatcher Davis, Elizabeth Downing and Caroline Downing: and daughter, Heather Davis Brasher and her husband David Brasher, with two grandchildren, Sutton Grace Brasher and Wyatt Davis Brasher. His family meant the most to him. He is also survived by his brother, Dr. Stephen Jeffrey Davis and wife, Karen, of Camp Hill, Pennsylvania and nephew, Justin Davis. He is preceded in death by his parents, Colonel Frank Davis Jr. and wife Josephine Rita (Habib) Davis, and sister Kristan Ann Davis. Frank, throughout his life, always maintained his integrity and was a faith-filled man-faithful to God, the Roman Catholic Church and his wife and family. He was generous with his time, talent and treasure. The people he served, as well as those he served with, at St. Cecilia occupied a special place in his life. The family would also like to thank all those who helped serve him over his last several weeks including Dorothy, Elizabeth and Precious from Evergreen Private home health care and Kita from IPR Hospice. The Davis family will be present to receive friends Thursday, September 16, 2021 from 6:00 PM until 8:00 PM with the Vigil Service beginning at 7:00 PM at Saint Cecilia Catholic Church at 11720 Joan of Arc, Houston, TX 77024. The Mass of Christian Burial also at Saint Cecilia Catholic Church will be the following day at 10:30am with Father Francis M. Macatangay, Pastor of Saint Cecilia Catholic Church, presiding. The Committal will be at the VA National Ceremony on September 17th following Holy Mass. In lieu of flowers the family requests donations to the St Cecilia Deacon Frank Davis III Pastoral Care Trust Fund at https://secure.lglforms.com/form_engine/s/IPpJa297te7KZr4JwyllCw

Frank Davis III was born in Shenandoah, Pennsylvania on December 8, 1946 and was raised in a military family. He graduated from Bishop Egan High School in Philadelphia in 1965. During his Senior Year at Bishop Egan, Frank was Class President,... View Obituary & Service Information

The family of Frank Davis III created this Life Tributes page to make it easy to share your memories.

Frank Davis III was born in Shenandoah, Pennsylvania on December...

Send flowers to the Davis family.