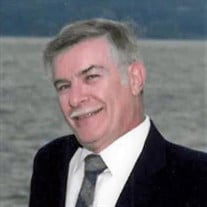 Frank Benjamin Dori of Houston passed away July 23, 2020, at the age of 90. Frank was born August 2, 1929, in New York, New York to Angelo and Matilda Dori. He is preceded in death by his parents and brother, Angelo. He is Survived by his loving wife, Mary, with whom he danced through married life for 69 years of love, laughter, challenges and adventures. Frank spent his youth as a somewhat mischievous lad having the city of New York as his personal playground, with a particular interest in gliders and jet propulsion. He played league baseball and belonged to a youth club where he made a brief thespian appearance while attending school and graduating from Cardinal Hayes High School. At 18, Frank chose to serve his country and explore the world outside of the Big Apple by enlisting in the United States Navy. Eventually assigned to the USS Amphion whose mission was as a repair ship and as a transport vessel to European war refugees emigrating to the US., Petty Officer Second Class Frank Dori devoted nearly four years of service to this mission - and to perfecting “the mustache”. Civilian life brought joy in marriage to Mary Rubbo, adding three darling daughters to the family, achievement in graduating from Fordham University and success in his 35-year career with Bechtel Corporation. Bechtel facilitated the traveling spirit by assigning the Dori family to job sites in New Jersey, Michigan, Louisiana, New York, Pennsylvania and finally to the great State of Texas completing his accounting career as a division Comptroller. Frank continued his childhood interest in aviation by building small- and large-scale model airplanes and developed a passion for golf. Playing over a hundred courses, including The Old Course in St. Andrews, Scotland, Frank proudly shot a hole-in-one in his golfing career. Frank, a knights of Columbus member, volunteered his accounting talents at St. John Vianney; his many other talents were shared as 23-year volunteer at West Houston Medical Center. He grew a variety of roses, his favorite flower. Frank is remembered as a philosopher, historian, artist, and traveler who embraced life with integrity, faith, sharp wit and a new yorker Style. Frank is also survived by his daughters and their husbands, Diane and Sonny Miller, Donna and Glenn Saltamachia and Debra and Rick Wilson. His Many grandchildren and great grandchildren remember him lovingly as “Grumpa”, “grandpa” and “Papa Frank”- the sage, the patriarch, “the most interesting man in the world”. He is in our hearts always. Rest peacefully, Frank Dori. The Funeral Mass will be held at St. John Vianney Catholic Church, 625 Nottingham Oaks Trail, Houston, TX, on Thursday, July 30, at 10:30 am with Frank being laid to rest at a later date. Social Distancing and masking are in effect at the church. A Celebration of life will be held in early August 2021 – save the date. In Lieu of flowers, the family is requesting donations to St. John Vianney’s Social Ministries. https://stjohnvianney.churchgiving.com/ws/opportunities/SocialMinistry

Frank Benjamin Dori of Houston passed away July 23, 2020, at the age of 90. Frank was born August 2, 1929, in New York, New York to Angelo and Matilda Dori. He is preceded in death by his parents and brother, Angelo. He is Survived by his loving... View Obituary & Service Information

The family of Frank Benjamin Dori created this Life Tributes page to make it easy to share your memories.