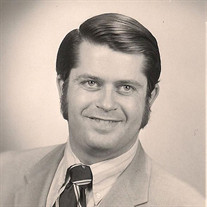 Fred Clark Hamilton, age 73, passed away peacefully on Saturday, December 12, 2015 at Memorial Hermann-Memorial City Hospital surrounded by his loving family. Fred was born on October 27, 1942, in San Diego, California to Fred C. and Elizabeth Jean Hamilton. Fred’s father was a Navy fighter pilot and was killed in action in June, 1945. Fred’s mother remarried in May, 1947 and Fred was raised in Iuka, Kansas attending high school in Pratt, Kansas. Fred was an Eagle Scout and an all conference tackle on the football team. Fred graduated from the University of Kansas and did graduate work in a fairly new engineering field, pollution control. On June 6, 1964, Fred married Nancy Lintecum, also a graduate of the University of Kansas. Fred went to work for Texaco in Port Arthur, Texas. His daughter, Martha Elizabeth Hamilton was born in 1972 and in 1974 Fred was transferred to Houston with wife and baby in tow. The next year they celebrated the birth of their son, Fred Colby Hamilton. In 2011, Colby and wife Kiki blessed Fred with a granddaughter, Elizabeth Hamilton. At 55 years old, Fred retired from Texaco. Since then, he has enjoyed tennis, golf, fishing, travel and KU basketball. Fred spent his time volunteering at MAM and at their church of 41 years, St. Thomas Presbyterian Church. He was the Clerk of the Session for over 20 years. Fred’s brother Joe Hamilton and his mother Elizabeth Jean Lockett Hamilton Taylor and his stepfather Warren Taylor preceded him in death. His sister Marjorie Buck lives in Iuka, Kansas. His brother Vern Taylor lives in San Antonio, Texas. For more than a decade, we have enjoyed family get togethers in Iuka, Kansas, in November, to hunt pheasant with family and friends. Fred was there with his shotgun again this year. A Memorial Service celebrating Fred’s life will be held Tuesday, December 22, 2015 at 4:00 PM at St. Thomas Presbyterian Church, 14100 Memorial Dr., Houston, TX 77079. Fred will be laid to rest in Iuka Township Cemetery. Iuka, KS on Saturday, December 26, 2015 at 1:00 PM. In lieu of flowers or gifts please consider contributions in Fred’s memory to Iuka United Methodist Church, c/o Larrison Mortuary, 300 Country Club Road, Pratt, KS 67124 and Outreach Center of West Houston, 725 Bateswood Dr., STE 270, Houston, TX 77079.

The family of Fred Clark Hamilton created this Life Tributes page to make it easy to share your memories.