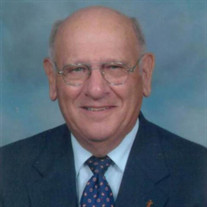 Frederick Joseph Kossegi, age 93, was called to rest in his eternal home September 30, 2021. Fred was born in Queens, New York on June 19, 1928. He was the son of Nicholas and Eva Kossegi. Fred’s life truly revolved around faith and family. Fred enlisted in the Marines at the age of 18 and attained the rank of Sergeant. After the service, he became a brewer’s apprentice and started a career in brewing. He met the love of his life, Dolores, and together they had six children. He was very involved with his church, Knights of Columbus, Memorial Council 6527 and Eucharistic Adoration Assembly #3053 where he was the past Chaplain, Boy Scouts, and many activities with his children. After raising their children, he and Dolores moved to Houston, Texas. He also had a passion for flying, earned his pilot’s license and eventually joined the civil air patrol where he attained the rank of Lieutenant Colonel. When he retired from the brewery, he continued traveling with the beer schools around the country. Most importantly, he remained involved with his church and was ordained a Deacon in 1999 at St. John Vianney. Up into his 90’s, he was dedicated and actively participated in his neighborhood watch program and the local Citizen Police Academy. Fred is survived by his loving wife of seventy years, Dolores Kossegi, and their six children: Karen Kelly, Kristine Lehn and husband Kurt, Fred Kossegi and wife Dawn, Michael Kossegi and Ann Marie Leon, Kevin Kossegi, and Keith Kossegi and wife Barb. He leaves behind five grandchildren and six great-grandchildren: Kelly Biller and husband Michael (Holden Goddard & Braelyn Biller), Nicholas Kossegi and wife Lena (Kevin, Christopher and Geneva), Jeffrey Lehn and wife Sara (Aria), Stefanie Lynton and husband Daniel, and Chris Kossegi and wife Marin. He is also survived by his brother Matthias and his wife Joanne and their two sons. He is also survived by numerous nieces and nephews. Fred touched so many lives and will be immensely missed by all those who were lucky enough to know him. The Kossegi family will be present to receive friends Monday, October 11, 2021 from 6:00 PM until 8:00 PM with a Vigil Service beginning at 7:00 PM at St. John Vianney Catholic Church, 625 Nottingham Oaks Trail, Houston, Texas 77077. The Funeral Mass will commence Tuesday, October 12, 2021 at 10:30 AM at St. John Vianney Catholic Church. Deacon Kossegi will be laid to rest in VA Houston National Cemetery at 12:45 PM following the reception at church.

Frederick Joseph Kossegi, age 93, was called to rest in his eternal home September 30, 2021. Fred was born in Queens, New York on June 19, 1928. He was the son of Nicholas and Eva Kossegi. Fred&#8217;s life truly revolved around faith and family.... View Obituary & Service Information

The family of Frederick Joseph Kossegi created this Life Tributes page to make it easy to share your memories.

Frederick Joseph Kossegi, age 93, was called to rest in his eternal...

Send flowers to the Kossegi family.