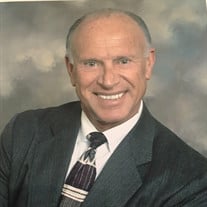 Gary Lee Schugart, born June 28, 1935 in Barton County, went to be with our Lord Jesus Christ on Monday November 5, 2018. He attended school in Hoisington, worked part time on the oil rigs in the area. Gary attended KU on a track scholarship but he realized he didn’t know what he wanted to do for the rest of his life so he signed up for the first branch of the military that would take him. That would be the Navy. He tested and got appointed to the Naval Academy. While in the Navy, he played receiver at the Sugar Bowl in 1955 and beat Ole Miss. Gary was assigned to the first crew of the first nuclear submarine, the Nautilus. He was part of the crew on its first trip to the North Pole in 1958. He received a Ph.D. in Finance and an M.S. degree in Management from the University of Kansas. He had a B.S. degree in Accounting from Kansas State College. He was a Professor of Accounting and Taxation at the University of Houston until he retired in January of 2012. He was Chairman of the Department from 1989 to 2001. Prior to coming to Houston, Gary was on the faculty and served as Chairman of the Department of Accounting at Texas A&M for five years. His parents, Leo Schugart and Elva Brewer Schugart of Hoisington preceded him. Gary is survived by his wife of 17 years, Edna Barbara Hicks. He is also survived by his children; Steve Schugart of Austin. TX, Charles F Schugart (Sherri Schugart) of Houston, TX, and Diego Rosas of Tampa, FL. He is also survived by seven grandchildren, Chelsea Schugart, Lance and Logan Schugart, Charles Schugart, Kellen Smith (Trevor Smith), Alison McGrath (Pierce McGrath), Taylor Schugart; and two great grandchildren. Special thanks to Doria Mooneyhan, Sonia Duran, Carola Abril who walked the last walk with Gary and Edna as well as all to those special friends that offered their support and prayers during Gary’s last years with us: the Troopers, Theresians VII, Susan Garven, Bruce Miller, Carolyn Bowen, Kate Chambers, Rina Merchant. A Memorial Service will be held at 5 pm on January 5, 2019 followed by a Celebration of Gary’s life at Dettling Funeral Home, 14094 Memorial Dr., Houston, TX 77079. His ashes will be buried with military honor at a later date in Bay Pines National Cemetery, St Petersburg, FL. In lieu of flowers or plants, please consider a donation to the Alzheimer’s Association.

Gary Lee Schugart, born June 28, 1935 in Barton County, went to be with our Lord Jesus Christ on Monday November 5, 2018. He attended school in Hoisington, worked part time on the oil rigs in the area. Gary attended KU on a track scholarship... View Obituary & Service Information

The family of Dr. Gary Lee Schugart created this Life Tributes page to make it easy to share your memories.

Send flowers to the Schugart family.