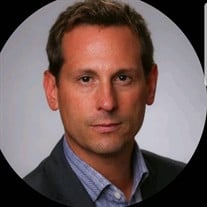 Gary James Valentine Jr., 51, of Houston passed away suddenly at his home on Sunday, October 6, 2019. Gary was born June 6, 1968 in Rochester, New York to Angela and Gary Valentine. He was preceded to Heaven by his father-in-law, James Kaminski. He is survived by his loving wife of 23 years, Kallie, his children Lauren and Chase, his mother and father, his mother-in-law Christine Kaminski of East Aurora, New York, brothers Craig (Michelle) of Colleyville, Texas and Adam (Kim) of Rochester, New York, sisters-in-law Kristin (Brian) White of Boise, Idaho, and Jennifer (Paul) Ditta of East Aurora, New York, brother-in-law James (Jessica) Kaminski of Park City, Utah, and many aunts, uncles, cousins, nieces and nephews. Gary grew up in Rochester, New York and graduated from Gates-Chili High School, where he was a member of the varsity football team. He graduated with a degree in Business Administration from the University of Buffalo, where he was Quarterback and where he met Kallie. Football played an important role in his life and he remained a Buffalo Bills fan no matter where he lived. Gary had a successful career as a senior executive in the talent acquisition industry, which ultimately brought his family to Dallas, Texas and then to Houston. An avid golfer, Gary was a member of Royal Oaks Country Club, where he enjoyed playing with his family and with the same group of friends as often as he could. Gary was a talented guitarist and music was always present in the Valentine home. Gary had an affect on everyone he met with his notorious sense of style, his almost irreverent sense of humor, and his uncanny ability to bring the best to every room, every group, every team he touched. Gary was warm and outgoing, with a personality that matched his smile. He brought a little bit of sunshine into the lives of all who were lucky enough to know him. Gary loved his family above all else. A visitation will be held Wednesday, October 9, 2019 from 6:00 PM to 8:00 p.m. at Dettling Funeral Home, 14094 Memorial Dr., Houston, TX 77079. A funeral mass will be held Thursday, October 10, 2019 at 10:30 a.m. at St. John Vianney Church, 625 Nottingham Oaks Trail, Houston, TX 77079. Visit www.DettlingFuneral.com to send flowers and leave words of condolence for the family. Donations in Gary’s memory can be made to the Alzheimer’s Association.

Gary James Valentine Jr., 51, of Houston passed away suddenly at his home on Sunday, October 6, 2019. Gary was born June 6, 1968 in Rochester, New York to Angela and Gary Valentine. He was preceded to Heaven by his father-in-law, James Kaminski.... View Obituary & Service Information

The family of Gary James Valentine Jr. created this Life Tributes page to make it easy to share your memories.

Send flowers to the Valentine family.