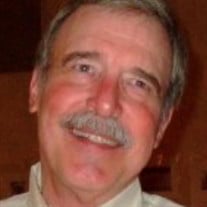 George Denton Dailey Jr. age 75, passed away peacefully on November 27th, 2019 in Houston, Texas with his wife and daughter by his side. Denton was born March 9, 1944 in Yorktown, Texas to George Denton & Edna (Piehl) Dailey. He is preceded in death by his father, mother and sister Diane. He is survived by his wife Sherriann Wright Dailey and daughter Dana Lyn Dailey. He leaves behind sister in law lynette Harrison and brother in law Wayne Wright, numerous nieces and nephews including Gwyn, Haley, Michael, Matthew, Michelle and Kristi. Raised in Alice, Texas where he graduated from William Adams High School in 1962. He then attended the University of Texas Austin and Texas A&I Kingsville. Denton married his high school sweetheart, Sherriann in June of 1964. Shortly there after they moved to Houston where they had their daughter Dana and resided until 1993. They then called Corpus Christi home for the next 25 years. Most recently they were living in Kerrville enjoying retirement. During his career, Denton worked in instrumentation sales for Orbit Valves, Parker Hannifin and Rawson. After 33 years at Rawson, he retired due to health complications. In 2014 he was given the most precious gift from Jojo Young, a pair of life saving lungs. After recovering from the transplant, he worked part-time at Texas Steam until his second retirement. He was known for his quick wit, sharp tongue, excellent memory and vast knowledge of history. Denton was an avid collector of World War II memorabilia and guns. He had a passion for cars, oldies music (especially Roy Orbison), history books, cooking and exotic cowboy boots. Denton was most comfortable in a room full of people cutting up and telling tall tales. He definitely had the gift of gab. As a member of the Coastal A’s Car Club in Corpus Christi, he won multiple awards for his ’71 Chevelle, ’84 El Camino and ’03 Anniversary Edition Corvette. When not working on his cars or guns, Denton enjoyed reading in his recliner with Pinks and Trouble purring by his side. His happiest and most memorable times, however, were those spent with Sherri and Dana. Visitation will be on Wednesday, December 11th from 5 pm to 7 pm at Dettling Funeral Home located at 14094 Memorial Drive, Houston, Texas 77079. In lieu of flowers, please consider a donation to the Alpha-1 Foundation (alpha1.org), helping find a cure for the disease that Denton fought so bravely until the end. https://www.alpha1.org

George Denton Dailey Jr. age 75, passed away peacefully on November 27th, 2019 in Houston, Texas with his wife and daughter by his side. Denton was born March 9, 1944 in Yorktown, Texas to George Denton & Edna (Piehl) Dailey. He is preceded... View Obituary & Service Information

The family of George Denton Dailey, Jr. created this Life Tributes page to make it easy to share your memories.

Send flowers to the Dailey, family.