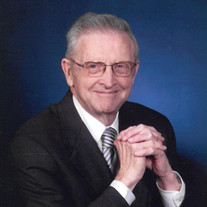 Gerald “Gerry” Duane Mase, 85, of Houston passed away July 5,2021. Gerry was born on October 15, 1935, in Bennington, Kansas, to Wayne and Edith Mase. He was a devoted husband and loving father, grandfather, great grandfather, brother and friend. He is survived by Mary Lu, his wife of 63 years; children, Debbie Lovell and husband Ralph, David Mase and wife Cathy Pevato, Becky Funchess and husband, Richard; grandchildren Amy Gremillon and husband Charlie, Tim Lovell and wife Tiffany, Kelsey Mase, Kathryn Carter and husband Elliott, Heather Mase, Allison Funchess, Jennifer Funchess and Ric Funchess; great grandchildren Noah and McKenzi Lovell, Chase, Connor and Cody Gremillion; sister Norma Craft and husband Roger, and her children Laurie Shadoan, Les Craft, Marcia Ziglinski and Derron Craft. Gerry grew up in St. John, Kansas, and graduated Valedictorian of St. John High School. He went on to gain his degree in Chemical Engineering at Kansas State University, where he met the love of his life, Mary Lu. It was not unusual to hear him claim, “Every Man a Wildcat!” whenever watching his beloved K-State teams. After graduating from KSU in 1958, he received his commission in the US Army as a 2nd Lieutenant. He served 10 years in the US Army Reserve. He and Mary Lu raised their family in the Chicago suburbs until moving to Houston in 1974 with his company, Amoco Chemicals. Gerry earned his MBA from the University of Houston in 1981. He retired from Amoco after 33 years in 1991. Gerry enjoyed hunting, sports, reading and time spent with family. He grew up hunting with his father and continued the tradition with his son, Dave. When his children were young, he could be found coaching their various teams. Later, he and Mary Lu spent time cheering on the grandchildren in their many and varied endeavors. While in the Chicago area, Gerry was actively involved in The Lions Club and served as the area Little League Commissioner. He loved playing tennis and golf with friends and family. In recent years, Gerry developed a love for Sudoku and jig saw puzzles. He would often spend hours on both! Gerry and Mary Lu have been active members of Memorial Drive United Methodist Church for over 40 years. The church, and especially the Good News Class, played an important role in his life. In all Gerry did, he was loved and respected for being a man of few words, yet having a great sense of humor. He will be remembered as intelligent, determined, loving, kind and supportive… he was a true gentleman. A Memorial Service will be held Friday, July 9, 2021, at 2 p.m. at Memorial Drive United Methodist Church, 12955 Memorial Dr. Houston, TX 77079. In Lieu of flowers please consider a charitable donation to the Caring Forever Foundation at Memorial Drive United Methodist Church ( www.mdumc.org/cff).

Livestreaming will be available at www.mdumc.org/gerrymase fifteen minutes before service time

Send flowers to the Mase family.