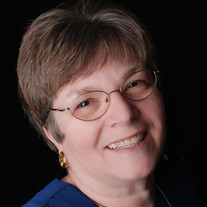 Helen P. Bailey 73, of Houston passed away February 6, 2021. Helen was born April 14, 1947 in Cleveland Ohio to Frank and Ann Poplstein. She is survived by her wife Lenna Morris after 24 years of marriage. She is also survived by her three children Richard, Jonathan and Andrew Bailey, her brother Charles Poplstein of St. Louis, her grandchildren Braden, Amelia, Elizabeth, Jonathan and Ethan Bailey. Helen grew up in Maple Heights Ohio and graduated from high school there. She was ordained a Minister of the Presbyterian church and received her Master’s in Divinity in Cleveland in 1972. She received her Master’s of Arts from University of Houston in 1992. She then married and had her three boys while working as a clergy couple with her husband. They served a number of churches in several states. The last church they served together was in Houston Texas. Helen very much enjoyed serving the church. However, once she came out to herself as a lesbian the church did not accept her abilities as a minister to a full time congregation any longer. She took up pulpit supply, filling in for other ministers and also began working as therapist. She also volunteered her time with “That all may Freely Serve” which was a group working to help gay and lesbian ordained ministers gain the ability to work openly within the church. She was very supportive to the lesbian and gay community and found many friends there as she helped others to find their own way both to God and to accepting themselves the way God had created them. She and Lenna met at the Houston Lesbian conference in 1997. Soon after that they were married in the eyes of God and their friends at their home. Eventually after some growth and change in the church as well as in the state of Texas they were legally married again on their 20th anniversary. Her kindness and love of God touched everyone who knew her. In lieu of flowers please consider a charitable donation to the United Presbyterian Church USA.

Helen P. Bailey 73, of Houston passed away February 6, 2021. Helen was born April 14, 1947 in Cleveland Ohio to Frank and Ann Poplstein. She is survived by her wife Lenna Morris after 24 years of marriage. She is also survived by her three... View Obituary & Service Information

The family of Helen P. Bailey created this Life Tributes page to make it easy to share your memories.

Send flowers to the Bailey family.