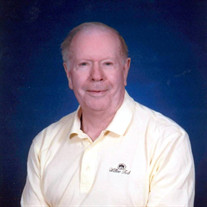 Not sure what to send?

Henry Robert Wenzler, III, 89 of Katy, Texas passed away Monday, June 20, 2022, at his home. Hank was born December 21, 1932, in Memphis, Tennessee to Henry Robert Wenzler, Jr and Edna Jane Powell Wenzler. He is preceded in death by his daughter, Stephanie Wenzler Scroggins. He is survived by his loving wife of 64 years, Dorothy Dessert Wenzler; son, H. Robert Wenzler of Katy, Texas; daughter, Edna Hardin & husband Steve of Houston, Texas; son-in-law, Boyd Scroggins of Flower Mound, Texas; grandchildren, Matthew Hardin and wife Dr. Danielle Hardin of Oklahoma City, Oklahoma, Emily Ladtkow & husband Robert of Dallas, Texas, Zach Scroggins of Denver, Colorado and Alex Scroggins of College Station, Texas, as well as numerous cousins, nieces, nephews and extended family. Hank grew up in Memphis attending Christian Brothers High School and graduating from the University of Memphis where he earned his Bachelor of Science in Business Administration. Following college, Hank entered the United States Navy and was stationed in Honolulu, Hawaii. Following active duty, he joined the Naval Reserve, retiring after 30 years with the rank of Commander. He had a long prestigious career with the Eastman Kodak Company. He retired after 30 years to enjoy the things he loved, his family, a round of golf with friends, travel, photography, and genealogy. Hank was a longtime member of St. John Vianney Catholic Church where he was very active until just weeks ago. He served as an acolyte in the parish and was a past Grand Knight of the Knights of Columbus Memorial Council 6527. Hank also served as the Social Chair for the Senior Men’s Group at Willow Fork Country Club and as the president of Fort Bend County ESD1. Hank was loved by all knew him and he will be greatly missed. The Wenzler family will be present to receive friends Wednesday, June 29, 2022, from 6:00 PM until 8:00 PM with a Vigil Service beginning 7PM at St. John Vianney Catholic Church, 625 Nottingham Oaks Trail, Houston, TX 77079. The Funeral Mass will take place Thursday, June 30, 2022, at 10:30 AM at St. John Vianney Catholic Church. A reception will follow the mass at St. John Vianney Catholic Church in St. Jude Hall. Mr. Wenzler will be laid to rest in Forest Park Westheimer Cemetery following the reception.

Henry Robert Wenzler, III, 89 of Katy, Texas passed away Monday, June 20, 2022, at his home. Hank was born December 21, 1932, in Memphis, Tennessee to Henry Robert Wenzler, Jr and Edna Jane Powell Wenzler. He is preceded in death by his daughter,... View Obituary & Service Information

The family of Henry Robert Wenzler III created this Life Tributes page to make it easy to share your memories.