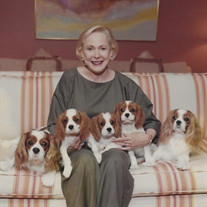 Inez O’Toole Winston Reymond passed away on Friday, August 20, 2021 at her home in Houston, Texas. She was the daughter of the late Edward D. O’Toole and the late Constantia “Gussie” Snow O’Toole. Inez graduated with honors from the University of Houston, and worked in the Trust Department at the Texas Commerce Bank for many years. Her aptitude and skills led her through the ranks at the bank to become one of the very first women to hold the title Vice President. She enjoyed her time serving as a member of the Central Presbyterian Church, the Houston Junior Forum, the Ladies Reading Club, the Duodecum Friends Group, and the Prints and Drawings Committee of the Houston Museum of Fine Arts. For many years, she served on the Board of Trustees of the Isla Carroll Turner Friendship Trust. An avid collector of mystery books, items relating to Jane Austen, and Early American Pattern glass, she was known for her collection of antiques that she found while traveling the backroads of Texas. A devoted dog lover, her fondness for Cavalier King Charles Spaniels was unmatched. She served as a breeder, owner and “mom” to countless litters of puppies, raising several champions along the way. Inez was preceded in death by her first husband, Jack Russell Winston, and is survived by their son, David Russell Winston, grandchildren Emily Winston Sales (Jason) and Joseph Glenn Winston, as well as six great grandchildren. She was also preceded in death by her second husband, William Gene Reymond, and is survived by his children, Rosalie Noland Reymond, and William Phillips Reymond, III (Robin Kay) and his grandchildren, William Bennett Reymond, David Delano Reymond and Mark Bradfield Reymond. She will be missed by her longtime friend, housekeeper and companion, Amanda Reid, and her two beloved Cavaliers, Emma and Jolie. A visitation will be held August 30, 2021, at Dettling Funeral Home, 14094 Memorial Drive Houston, Texas 77079 from 11:00 AM to 1:00 PM. Immediately following all guests are invited to follow in police procession to Glenwood Cemetery, 2525 Washington Ave Houston, TX 77007. In lieu of customary remembrances, memorial contributions may be directed to the Ladies Reading Club, 22100 Iron Knoll Dr. Kingwood, Texas 77339 or Cavalier King Charles Spaniel Club of Greater Houston, 3004 S. Saddlebrook Dr. Katy, Texas 77494 www.ckcscgh.com.

In lieu of customary remembrances, memorial contributions may be directed to the Ladies Reading Club, 22100 Iron Knoll Dr. Kingwood, Texas 77339