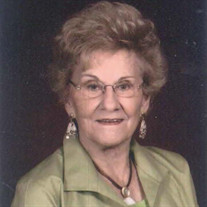 Irene Rose Lutz was born in Hoven, SD to Joseph and Francis Meyer on September 26, 1931. Upon graduating from high school in Hoven, she attended Northern State College in Aberdeen, SD, receiving a Bachelor of Science degree in Education in 1956. After teaching several years in SD elementary schools, she moved to Lakewood, CO, where she taught elementary vocal music. While living in the Denver area, she met Gene Lutz, whom she married on June 20, 1959. Son Michael was born on December 20, 1962 and daughter Karin on July 2, 1964. Coincidentally, in 1964, husband Gene accepted a job as a research scientist with Shell Development Co., the research arm of Shell Oil, located in Emeryville, CA. The family settled in Walnut Creek, CA where Irene, a full-time mom since December 1962, managed household activities and coordinated nursery school and child development. In 1968, Gene was transferred to Shell Chemical in New York City where the family lived in Hartsdale, NY, a small village about 10 miles north of the Empire State building. Irene viewed moving as an "adventure" where there were always new things to see and do. The family moved back to Walnut Creek in 1969 and the children were enrolled in Valley Verde Elementary School where Irene and Gene served as co-presidents of the Parent Teacher Organization, for one year. Finally, in 1972, Gene was transferred to Shell Chemical in Houston, where he worked until retirement in 1996. As a near "empty nester" Irene received her real estate license in 1977 and her broker's license a year later. She retired from real estate in early 1997 when she noticed how much fun her spouse was having as a retiree. Irene was blessed with a beautiful singing voice which she used as often as possible. She was instrumental in starting the choir at St. Cyril of Alexandria Catholic Church, where she sang for many years. Upon moving to a patio home in 1995 within St. John Vianney parish, she became active in the Women's Club, the Honeymooners at Heart, the Bridge Club and the Children's Choir, where she helped for several years. Besides choir work, she sang with "The Noteworthy's," a choral group that entertained at various functions around the city. More recently, she was a volunteer at "The Gathering Place" at St. John Vianney, leading singing and dancing. Among other interests, she loved to play tennis and played three or more times per week. Her other avocation was traveling and she was blessed to visit five continents and see many of their landmarks ranging from the Great Wall of China, to the Great Pyramids of Giza, to The Hermitage, to the Vatican in Rome, to Mt. Denali to Tierra del Fuego, to name a few. Irene was a multi-talented lady who could make a gourmet dinner in the blink of an eye. Her husband, children and grandchildren all marveled at how she did that. Irene made an indelible mark on her grandchildren, who loved her dearly. To capture the essence of Irene, she was a wonderful, outgoing person with a "can do" spirit, who deeply loved her family, who loved life and who tried to help all those around her. She will be sorely missed by all who knew her. Irene is survived by her loving husband of 56 years, Gene, her son Michael, her daughter Karin Crocombe(Steve), grandchildren Zachary, Kendall, and Ellen Crocombe, her sisters Vivian Buckley and Marilyn Schabauer, her brother Maurice(Naomi), sister-in-law Alayne Meyer and numerous nieces and nephews. The Lutz family will be present to receive friends Wednesday, August 26, 2015 from 6:00 PM until 8:00 PM with a Vigil Service beginning at 7:00 PM at Dettling Funeral Home, 14094 Memorial Dr., Houston, TX 77079. The Funeral Mass will commence Thursday, August 27, 2015 at 10:30 AM at St. John Vianney Catholic Church, 625 Nottingham Oaks Trail, Houston, TX 77079. A reception will follow Holy Mass on the church grounds. In addition to the customary remembrances please consider contributions in Irene’s memory to the St. John Vianney Catholic Church Capital Campaign. Visit www.DettlingFuneral.com to leave online tributes.

Irene Rose Lutz was born in Hoven, SD to Joseph and Francis Meyer on September 26, 1931. Upon graduating from high school in Hoven, she attended Northern State College in Aberdeen, SD, receiving a Bachelor of Science degree in Education in 1956.... View Obituary & Service Information

The family of Irene Rose Lutz created this Life Tributes page to make it easy to share your memories.

Irene Rose Lutz was born in Hoven, SD to Joseph and Francis Meyer...

Send flowers to the Lutz family.