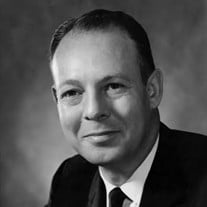 Jack Carmel Cannata, 93, of Houston passed away Wednesday, July 27, 2016 at his home, surrounded by his loving family. Jack was born April 9, 1923 in Houston to Clarence and Ila Cannata. He is preceded in death by his parents and beloved wife Betty. He is survived by his daughter, Carolyn Cannata and husband Evaristo Carreon and her children, John C. Ashcraft and wife Kelli, Richard Heath Ashcraft and wife Nikki and his children, Lexi and Ava Ashcraft; his is also survived by his son Jack Cannata Jr. and wife Sheila and his children, Colin Cannata and Christian Cannata and their spouses. Jack graduated from Saint Thomas High School High School May 1941 and entered U of H August 1941 as a premed student. At the end of his first year in 1942, he enlisted in the Army Air Force with his buddies. One of his greatest achievements in life was getting thru pilot training with the handicap of color blindness. After graduating he flew the P-40 and was assigned to the Pacific theatre. He excelled in instrument flying; and became an instrument training instructor for pilots before they were shipped over seas. After being discharged from the service he flew for United Airlines, out of Chicago. When he came home for the holidays he met his wife Betty; they were married for 58 years. After leaving his position with United Airlines he attended the University of Houston graduating with a degree in radio and television. Jack became a true entrepreneur. He owned gas stations, installed some of the first window air conditioners in Houston, He was in the construction business for over 60 years owning the 12 story office building, 405 Main St. Houston. After the sale of his office building he started Cannata Communications, a video production company. As his last business venture he returned to the construction industry developing two housing subdivisions. Jack enjoyed his time at Lake LBJ where he built Betty three lake front homes, in addition to a subdivision. He and Betty also enjoyed traveling and made several trips with the International Committee of the Houston Livestock Show and Rodeo, where he was a lifetime member. Jacks joy of flying continued all his life. He owned two planes and taught Betty how to fly. Jack was an active, longtime member of the Lions Club of Houston where he was Past President and very proud of the work done for the Texas Crippled Children Foundation. The family would like to give special thanks to Susan Behn who spent countless hours with Jack listening to his many stories and walking his dog Fluffy and the wonderful folks from hospice, Yodit Kebede, Robert Rines, and Royce Scott visiting minister. The Cannata family will be present to receive friends Thursday, August 4, 2016 from 6 PM until 8 PM at Dettling funeral Home, 14094 Memorial Dr., Houston, TX 77079. A Memorial Service celebrating Jack’s life will be held Friday, August 5, 2016 at 2:00 PM at Dettling Funeral Home. Jack will be laid to rest in Forest Park Lawndale Cemetery in a private family ceremony.

Jack Carmel Cannata, 93, of Houston passed away Wednesday, July 27, 2016 at his home, surrounded by his loving family. Jack was born April 9, 1923 in Houston to Clarence and Ila Cannata. He is preceded in death by his parents and beloved wife... View Obituary & Service Information

The family of Jack Carmel Cannata created this Life Tributes page to make it easy to share your memories.

Send flowers to the Cannata family.