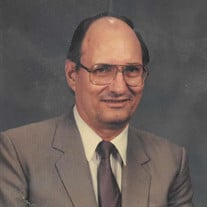 Jacob C. DeVlieger (Case), 81, passed away Monday, December 14, 2015 in Houston after a long illness. Case is survived by his loving wife of 51 years, Marianne; his children, Carin (Bruce), Monique (Mark), Jacqueline (Michael); he was Opa to his grandchildren, Rachel, Alec, Alexa, Jessica, Kirby, Maya, and Mina. He is also survived by a sister and 2 brothers in the Netherlands as well as numerous nieces, nephews and extended family. Case was born and raised on the island of Curacao, Netherlands Antilles. He studied engineering in the Netherlands and began his career as a mechanical engineer in the offshore oil industry. Case was a Licensed Texas Professional Engineer. His work took him all over the world. He and Marianne settled in Houston in 1966 where they raised their family. Case was a caring, generous, hardworking man who loved to read, play soccer and ice hockey and enjoyed watching football. Although his career was important to him, nothing was more important than his family. He adored his children and grandchildren and always loved spending time with them. He was loved dearly by those who knew him and will be fondly remembered and greatly missed. The family will be present to receive friends Thursday, December 17, 2015 from 6:00 PM until 8:00 PM at Dettling Funeral Home, 14094 Memorial Dr., Houston, TX 77079. A graveside service will be held Friday, December 18, 2015 at 10:00 AM at Memorial Oaks Cemetery, 13001 Katy Freeway, Houston, TX 77079. A memorial mass will be held at St. Cecilia Catholic Church at a later date. In lieu of flowers please consider contributions in Case’s memory to St. Jude’s Children Hospital or the charity of your choice.

Jacob C. DeVlieger (Case), 81, passed away Monday, December 14, 2015 in Houston after a long illness. Case is survived by his loving wife of 51 years, Marianne; his children, Carin (Bruce), Monique (Mark), Jacqueline (Michael); he was Opa to... View Obituary & Service Information

The family of Jacob C. DeVlieger created this Life Tributes page to make it easy to share your memories.

Send flowers to the DeVlieger family.