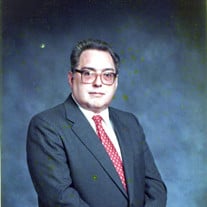 James Samuel Friou, 80, of Houston passed away on March 5, 2022. He was a devoted husband and a hard-working family man who passed down his strong work ethic to his children. Jim was born in Houston on June 26, 1941, to Madeline and Pat Friou. An only child, he grew up in West University and graduated from Bellaire High School, where he met his future wife, Melinda McDaniel. Their first date was to see The Bridge on the River Kwai at the Loews drive-in, and they celebrated the anniversary every June. He went to University of Houston, where he majored in business and was a Delta Sigma Phi. Jim took extra classes at UH so Melinda wouldn’t have to drive to school alone. A professor convinced Jim to get a second bachelor’s degree in accounting. He later got his CPA license. Jim and Melinda married after graduation in 1964 at Bellaire Presbyterian. Their honeymoon was in Hilltop Lakes, a trip they got for free because Jim had listened to a sales pitch. His first job was with Petroleum Distributing Company. He then went to work in the Dallas area for Dresser, a job that led to global travel. Melinda had hoped to return to Houston, so he worked briefly at Houston Natural Gas, then CAMCO until the oil market crashed in the mid-1980s and changed course. Baylor College of Medicine gave Jim the happiest years of his career, away from the steep ups and downs of the oil industry. He spent 25 years at Baylor in several roles, mostly in the Treasury. The Frious had a daughter, Michele, in 1971 and a son, Craig, in 1973. They bought a house in West Houston in 1975, and when a pool was added in 1983, the home became an epicenter of fun for generations. Jim worked hard all week to enjoy the weekend, so Sunday meant steaks on the grill, and eating shrimp in the pool was the height of relaxation. Sometimes the party was inside the home – for decades, the couple threw a New Year’s Day gathering that friends, family and neighbors looked forward to. Jim coached T-ball, and led Indian Guides and Indian Princesses. In true 1970s style, family vacations were car trips around the country in the Chevy Caprice Classic. Jim sometimes took the family on work trips, including one in LA so they could visit Disneyland. In 2010, Jim retired, trading his desk job for a regular view of the ocean, taking many cruises with Melinda and always springing for a suite with a balcony. He enjoyed bridge, darts in the backyard, barbecue and movies. He and Craig waited hours in line to see The Empire Strikes Back in 1980. In 2007, Michele and her sons lived with the Frious until she bought a house a few blocks away. Jim cherished that time, picking up the boys from school and hanging out with them at the kitchen table. He was very proud of Michele for graduating summa cum laude from UH and of Craig for following in his footsteps in accounting. Setting up a secure future for his children and grandchildren was his lifetime priority and the legacy that he wanted. Jim is survived by his wife and son. He is preceded in death by his parents and his daughter. Other survivors include daughter-in-law Jane Friou and grandchildren Travis Flinchbaugh, Collin Flinchbaugh, Elise Friou and Elliot Friou. A memorial service will be held Saturday, March 12, 2022, at 11 a.m. in the Chapel at Grace Presbyterian Church, 10221 Ella Lee Lane, Houston, TX 77042. In lieu of flowers, the family requests a donation in Jim's memory to either Grace Presbyterian Church https://members.gpch.org/page/186 or Baylor College of Medicine Scholarship Fund www.givebmf.org/friou For a live stream of the memorial service, go to https://fb.me/e/1KcTczScg

James Samuel Friou, 80, of Houston passed away on March 5, 2022. He was a devoted husband and a hard-working family man who passed down his strong work ethic to his children. Jim was born in Houston on June 26, 1941, to Madeline and Pat Friou.... View Obituary & Service Information

For a live stream of the memorial service, go to https://fb.me/e/1KcTczScg