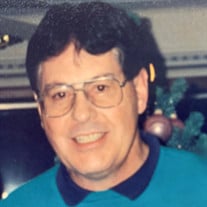 James Ronald Scott, 85, of The Woodlands, Texas passed away Thursday June 4, 2020. Jim was born September 11, 1934 in Bismarck, North Dakota to Clifford and Ruth Scott. He is preceded in death by his parents, elder brother Douglas and his wife Cathy, and younger brother Kenneth. He is survived by his wife Nicky (Nicola) of 42 years of marriage. Daughters Myia Hancox, and Randa McKenzie and husband Michael. Siblings Bernadine and husband Bill, and Jean and husband Gil, granddaughters Maddi Mae Hancox and Isabella Marina McKenzie, niece and nephews Paul Scott, John Scott, David Cox, Carla Cox, Michael Olson and David Olson. Jim grew up in Montana and North Dakota and graduated from Fargo Central High School. He studied Engineering at North Dakota State University and joined the Army serving in the Korean War. After leaving the Army he left for California where it was much warmer than North Dakota and began a career in Geophysics with Litton Industries/Western Geophysical travelling the world of Oil Exploration. Jim enjoyed Golf, Hunting, Camping, his dogs, and Projects such as clearing land, building a weekend home in East Texas and giving Nicky a bag of 16D nails and a hammer for her birthday to build a floor for their weekend home. Jim loved the outdoors and being active. He would always look for projects to work on and get Nicky involved, whether she wanted to or not. Jim was fun to be around, always chatty, interested in people, and would strike up a conversation with anyone. He would love to tell stories to his granddaughters about how things were in his day, and they would reply back “in ancient times Grandpa”. When he would become interested in another project, he would always tell Nicky, “stick with me kid, I’ll make you look good”. Never a dull moment in the Scott household! A prayer from the day of June 4. Fill me with the gift of Your Spirit, Lord, and increase my desire to be one with You. The family will have a private burial at VA Houston National Cemetery Friday June 26, 2020. In lieu of flowers, the family requests that you make a donation to the national Alzheimer’s Association, P.O. Box 96011, Washington, DC 20090-6011, or to your local chapter of the Alzheimer’s Association.

James Ronald Scott, 85, of The Woodlands, Texas passed away Thursday June 4, 2020. Jim was born September 11, 1934 in Bismarck, North Dakota to Clifford and Ruth Scott. He is preceded in death by his parents, elder brother Douglas and his wife... View Obituary & Service Information

The family of James Ronald Scott created this Life Tributes page to make it easy to share your memories.

James Ronald Scott, 85, of The Woodlands, Texas passed away Thursday...

Send flowers to the Scott family.