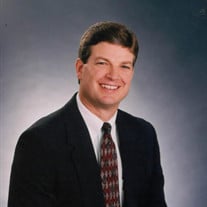 James Allen Shaw 62, of Houston, passed away January 18, 2022. Jim was born February 15, 1959, in Orange, Texas, to Edward & Margaret Shaw. He is preceded in death by his parents and brother, Robert. He is survived by his wife of 35 years, Nancy, sons Garrett & Colton, granddaughter Piper James, brothers Eddie & Charley and sisters Carolyn, Debbie, Phyllis & Sharon. Jim grew up in Bridge City, Texas, and graduated from Bridge City High School. He then went on to earn a B.S. in Education from McNeese State University while pitching for the university’s baseball team. His love of sports continued throughout his life and if he wasn’t coaching the boys, he was their number one fan. This even proved true with sports he was unfamiliar with - wrestling, hockey, soccer, and anything else the boys wanted to explore. Jim loved the action and always sought to bring positive influence and comradery upon teams and individuals. Jim enjoyed exercise and came across as a natural in physical activities. He would jog the little league fields in the mornings or evenings and return with a shirt-tail full of baseballs. Being an accomplished athlete, he naturally enjoyed anything outdoors - hunting, fishing, golfing, and cutting firewood. Jim was an avid bird watcher and could imitate just about any bird call. He was especially fond of Purple Martins and spent much time preparing multicomplex seasonal homes in his backyard for their trek through Texas. This was something he greatly enjoyed and looked forward to every year. Jim found his professional calling as the Houston Vice President of Sales at Professional Janitorial Services. Throughout his 20+ year tenure with PJS, Jim’s favorite office could be found at the company’s West Texas deer lease. From building and preparing blinds to taking day long 4-wheeler rides over the vast landscape, he enjoyed every aspect of being there. The ranch was his home away from home and he was truly at peace in the wilderness. Jim made friends from all walks of life everywhere he went. No matter the circumstance or topic of conversation, Jim saw all of his peers as brothers and sisters in Christ. He gave everyone the benefit of the doubt and lived by the adage that you may not know what somebody else is going through. He also deeply revered all service members and would go out of his way to shake the hand of a man or woman in uniform. He treated everyone with respect and dignity. Jim was loved and admired as a coach, a co-worker, a friend, an uncle, a brother, a father and a husband. He touched and enhanced so many lives. He will be missed greatly by any and everyone who were fortunate enough to have had him in their lives. A Funeral Service will be held at the Dettling Funeral Home 14094 Memorial Dr. Houston, TX 77079 on Saturday, February 12th with memorial visitation beginning at 10:00 AM and service at 11:00 AM.

James Allen Shaw 62, of Houston, passed away January 18, 2022. Jim was born February 15, 1959, in Orange, Texas, to Edward & Margaret Shaw. He is preceded in death by his parents and brother, Robert. He is survived by his wife of 35 years, Nancy,... View Obituary & Service Information

The Reception following Jim's Memorial Service will be located at the Shaw family home at 13919 Wickersham Ln., Houston, TX 77079

Send flowers to the Shaw family.