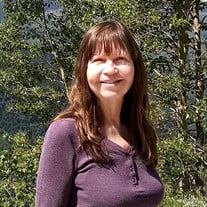 Jenny Webb passed away on March 12th at 4:02pm due to complications of chronic leukemia. Born Nancy Jane Prior in Camden, New Jersey on February 9, 1947, she was raised in the nearby suburb of Woodbury. Her father was a metallurgical engineer and her mother fancied herself a socialite, so “Nancy” learned how to cook while living on her grandmother’s farm. (A grandmother whom she thought was so old that she MUST have grown up in a cave.) Despite the trappings of a relatively successful, mid-century family, she told many stories of being an ordinary little kid. A tomboy who took great pride in her role as the street football team's punter. The truth is, “Nancy” never wanted to be who her mom wanted her to be. She was her own person. A free spirit. She attended college at the University of Colorado (class of ‘69) and changed her name to Jenny. Perhaps not in any legal way, but who was the government (or her parents for that matter) to tell HER what she should call herself? Her parents were fairly conservative folks, but when you think of Colorado and the 1960s, you probably assume she was pretty carefree & freewheeling...and you would be correct. Jenny felt a special connection to nature, loved camping, and spending time in the great outdoors. She even skydived 11 times. She lived a happy life filled with many celebrations and few regrets. One of them, though, might have been missing Woodstock; which took place only a few hours away from where she grew up. When asked why, she said she “had homework that weekend”. Jenny spent her career (over four decades) working as a registered neonatal nurse. The many babies she saved are now out there changing the world; making it a better place. Her choice of profession was the overflow of a caring nature that made her fun to be around and easy to get along with. Her sense of selfless nurture was the foundation of everything she did. Jenny enjoyed baking and sharing her culinary creations with those she held close - and the list of those people is long, as evidenced by the number of folks she passed out Christmas cookies to. She also loved to travel and make new friends; both before and after her retirement in 2012. When asked last month if there was anywhere she had not yet been that was still on her “bucket list”, the only place she identified was New Zealand. One can’t afford to travel all the time, though, and she loved going to the RenFest and watching baseball when home; even if her team couldn’t buy a win. She also enjoyed movies with feel-good happy endings - particularly those starring dashing British secret agents - and her passion for mysteries (in life and in book form) was voracious and insatiable. Her laughter was infectious and always without malice. She could be strong-willed and opinionated but never close-minded; and was always eager to respectfully discuss differences over a glass of wine. Her low stress lifestyle and laid back approach to life allowed her to brag that she had (almost) no grey hair well into her 70s; a fact she made known at every opportunity. Jenny was preceded in death by her parents, Gladys Nathalie (Davis) and Joseph Eli Prior. She is survived by the love of her life - 25 years - Reed Beck, her son James Webb, daughters Holly Doffing, Shannon Smith (husband Sterling), & Meredith Webb, Alexis Shubert (husband Curtis) and Christine Beck; as well as 7 precious grandchildren: Haley, Hunter, and Abigail Doffing, Aaron, Lincoln, & Marla Smith, and Jace Shubert. She’s also survived by her brother, Joseph Kevin Prior. Her Celebration of Life will be held on April 6th, 5:00-8:00pm, at Constellation Field, 1 Stadium Dr, Sugar Land TX 77498. In lieu of flowers, Jenny requested that donations be made to the ARC of Fort Bend County in her memory. https://arcoffortbend.org/donate/

Jenny Webb passed away on March 12th at 4:02pm due to complications of chronic leukemia. Born Nancy Jane Prior in Camden, New Jersey on February 9, 1947, she was raised in the nearby suburb of Woodbury. Her father was a metallurgical engineer... View Obituary & Service Information

The family of Jenny Webb created this Life Tributes page to make it easy to share your memories.

Jenny Webb passed away on March 12th at 4:02pm due to complications...

Send flowers to the Webb family.