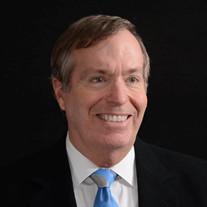 John Lawrence Boone died on Wednesday, January 9, 2019 at his home in Houston. He leaves behind family and friends in abundance and a legacy of passion for life. John was passionate about his intellectual calling. He loved true science, particularly... View Obituary & Service Information

The family of John Lawrence Boone created this Life Tributes page to make it easy to share your memories.

Send flowers to the Boone family.