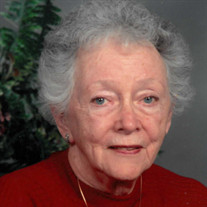 Julia, fondly known as Julie, died peacefully at home on Thursday, December 8, 2016. She was 88 years old. She is predeceased by her parents, James McGuire and Elizabeth Cullen McGuire, both of County Longford, Ireland. She is survived by her beloved husband of 62 years, Greg, and their four daughters, Anne-Marie Happe of Decatur, Georgia; Ellen Phillips (Terry) of Houston, Texas; Deirdre Workman (Tom) of Windsor, Colorado; Monica Happe of Austin, Texas, and three grandsons , Che Elkeilani, Darious Mohebi, Cyrus Mohebi all of Austin Texas. An only child, Julie was born of Irish immigrant parents in Woodside, NY. After graduating from Blessed Sacrament High School in New York City, she went to work for the Advertising Department of American Tobacco Company in New York City in 1948. She met a handsome sailor on January 9, 1953 and after his discharge, they were married at Resurrection Ascension Church in Rego Park, New York on October 9, 1954. The family moved from Queens Village, New York to Houston, Texas in 1970 where they became parishioners at Saint Cecilia Catholic Church. For over 20 years, Julie worked as the secretary to the Principal at the Spring Branch Career Center. Her life was guided by her devout Catholic faith and her greatest joy was singing – anywhere at any time – but most notably in the Saint Cecilia Choir where she lifted her beautiful alto voice to praise God for over 25 years. She will be remembered and loved for her sharp intellect, her sharp wit and her laugh that sounded like a chicken cackle. The family would especially like to thank Jenifer Cramer, RN, Jackie Carter, Ann Van Sant, RN, and Erin Goddard, LMSW and all the staff of Vantage Hospice and evening care taker, Nathalie Yeka, for the loving care they gave Julie these past two years. In lieu of flowers, donations can be made to Saint Cecilia Catholic Church Music Ministry or to Angela House. The Happe family will receive friends Thursday, December 15, 2016 from 6:00 PM until 8:00 PM with a Vigil Service beginning at 7:00 PM at Dettling Funeral Home, 14094 Memorial Dr., Houston, TX 77079. The Funeral Mass will commence Friday, December 16, 2016 at 10:30 AM at St. Cecilia Catholic Church, 11720 Joan of Arc Dr., Houston, TX 77024. A reception will follow Holy Mass in the Community Center on the church campus. Mrs. Happe will be laid to rest at VA Houston National Cemetery following the reception via motorized cortege. “She who sings, prays twice” St. Augustine

Julia, fondly known as Julie, died peacefully at home on Thursday, December 8, 2016. She was 88 years old. She is predeceased by her parents, James McGuire and Elizabeth Cullen McGuire, both of County Longford, Ireland. She is survived by her... View Obituary & Service Information

The family of Julia Ann McGuire Happe created this Life Tributes page to make it easy to share your memories.

Send flowers to the Happe family.