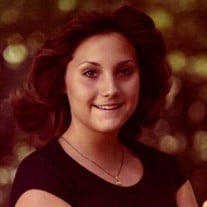 Karen Anne Kennedy Smith, 60, of Houston passed away Tuesday, December 31, 2019. Karen was born September 26, 1959 in Baton Rouge, Louisiana to Patrick Byrne Kennedy and Marie Charlene Comeaux Kennedy. She was preceded in death by her father, Pat. She is survived by her husband of 36 years, Steve Smith; her three children, Taylor, Lindsey and Shannon Smith; her mother, Charlene Kennedy; and her siblings, Patrick and Michael. Karen grew up in Baton Rouge, Louisiana and graduated from high school at St. Joseph’s Academy and from the University of Southwest Louisiana in Lafayette. After college, she worked as a legal secretary at the Baton Rouge District Attorney’s Office. While working there she met her beloved husband. She continued to work as a legal secretary until October 1987 when she gave birth to their first child, a son, whom they named Taylor. Two daughters followed soon thereafter: Lindsey in 1989 and Shannon in 1990. Karen was able to enjoy her dream of being a stay-at-home mom. When asked about her greatest achievement, she would answer, “My three children; they are the loves of my life.” She was also a second mother to her children’s friends, who lovingly called her “Mom.” Karen was a member of the Delta Delta Delta Sorority and the Daughters of the American Revolution. She had a great love for animals, especially horses. She spent countless hours doing genealogical research. Through genealogy she was able to find the birth family for her lifelong best friend from Baton Rouge. She embraced her Cajun and Irish heritage and became the family’s historian. She also loved to travel. Ireland held a special place in her heart, and she was blessed to have traveled there many times with family and friends. To describe Karen as a kind, compassionate, courageous person that was full of life is accurate, but these adjectives fall far short of the mark. She listened intently, counseled lovingly and wisely, gave generously and forgave graciously. She was always there for her family and friends. She never met a stranger and deeply touched all who met her. Karen will live in their hearts forever. The Smith family welcomes you to celebrate Karen’s life with a Catholic Burial Mass at Sacred Heart Church in Baton Rouge on Thursday, January 9, at 10:30 a.m., followed by a visitation in the Church’s Reception Hall. The family intends to have a memorial service for Karen near their home in Houston, the details of which have not yet been determined. In Lieu of flowers please consider making a charitable donation to the American Society for the Prevention of Cruelty to Animals in honor of her memory, at http://www.aspca.org/donate -The Smith Family

The family of Karen Anne Kennedy Smith created this Life Tributes page to make it easy to share your memories.