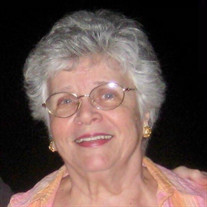 Kathleen Ann Cary (Kaye to her friends and family) was born to Leonard Joseph and Marie Madelen (Blessent) Gross on April 16, 1936, in Alton, Illinois, and departed us on October 16, 2021. She was the oldest of seven children, predeceased by her siblings, John, Jim, Bill, Penny Bazzell and Jackie Lennette, and grandson, Henry Davis; survived by her sister, Barbara (Bunny) Bohn, sisters-in-law, Kay, Norma, and Nina, and brother-in-law, Paul Lennette. On June 16, 1956, she married her high school sweetheart, Richard Cary (RIP July 14, 2016), with whom she spent the next 60 years creating a beautiful life, filled with 9 children, 19 grandchildren, and 5 great grandchildren. Richard’s military service would take them on a journey of adventure, including living abroad in Thailand for a few years, and several army bases in the States, finally landing in Houston in 1971, where they called home for the next 45 years together. Kaye defined motherhood. The only ones she loved more than her children were her grandchildren. Not long after retiring from her accounting job at Sears & Roebuck in 1991, which job she took when she still was raising six of her children, she helped her own children by caring for more than 10 grandchildren at various times until 2006. While we were growing up, she took in several of our stray friends who wanted to spend the night or stay for dinner - because she had limitless love and patience. Kaye was an avid reader. While Richard finished at Westminster College, Kaye worked at the college library, where he said he thought she read every book in the library. Kaye was devout in her Catholic faith. Unfortunately, she outlived many of her siblings; however, her sadness for their loss was greatly outweighed in her faith that “they have gone on to their great reward”, as she neatly put it. And while she was quite specific in her displeasure with all the animals we brought home to our already full house, she secretly, so she thought, cooked scrambled eggs or hot dogs for the dogs, or shared some tuna with the cats. Towards the sunset of her life, her concerns were not of herself, but more that she could not get out and get birthday gifts for her grandchildren, or that she would forget her children’s birthdays. We all learned love, hard work and devotion from Kaye, and for these gifts we will be forever grateful. You have gone on to your great reward, and it is well-deserved. We love you, mom, grandma and great grandma. Funeral Mass will be celebrated Friday, October 22, at 12:00 pm, at St. Catherine of Siena Catholic Church, 10688 Shadow Wood Drive in Houston. In lieu of flowers, consider a donation to St. Catherine or a local animal shelter.

Kathleen Ann Cary (Kaye to her friends and family) was born to Leonard Joseph and Marie Madelen (Blessent) Gross on April 16, 1936, in Alton, Illinois, and departed us on October 16, 2021. She was the oldest of seven children, predeceased by... View Obituary & Service Information

The family of Kathleen Ann Cary created this Life Tributes page to make it easy to share your memories.

Kathleen Ann Cary (Kaye to her friends and family) was born to...

Send flowers to the Cary family.