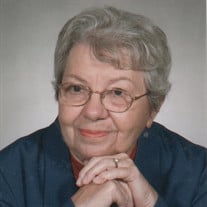 Loretta Massaro Courtney, 81, of Livonia, Michigan, passed away peacefully, on Monday, January 16, 2017 at her son’s home in Houston, TX. Mrs. Courtney was born June 10, 1935 in Salem, Ohio to William and Eva Massaro. She is survived by her husband of 54 years, John F. Courtney; children, Sharon Courtney Walker and husband Mark, Thomas Courtney and wife Sally, Daniel Courtney and wife Thaisla; grandchildren, Andrew, Larissa, Olivia, Samuel, Luke, Dylan, Erik and Anna. Loretta is also survived by her sister, Marlene Battaglia and husband Dominic. Loretta grew up in Youngstown, Ohio. There she attended Ursuline High School and was Head Majorette in the Band. It was in Ohio that she met the love of her life, John, through the Dominicana club. Loretta and John married and settled in Pittsburgh. John’s career moved the family to Livonia, MI where they spent many happy years. It was during these years that Loretta worked as a secretary and raised her 3 children. She enjoyed traveling with her husband, cooking, working with ceramics, playing bridge, and in recent years, spending time with her grandchildren. She was a member of St. Colette Catholic Church in Livonia. Loretta spent her last 8 months in Houston Texas surrounded by family. Loretta was a kind, loving, and devoted wife, mother and grandmother who was known to her family and friends as a person with an easy going attitude and a calm spirit. She was loved by those who knew her and will be greatly missed. The Courtney family will be present to receive friends Tuesday, January 24, 2017 from 6:00 PM until 8:00 PM with the Holy Rosary being recited at 7:00 PM at Dettling Funeral Home, 14094 Memorial Drive, Houston, TX 77079. The Funeral Mass will commence Wednesday, January 25, 2017 at 10:30 AM at Epiphany Of The Lord Catholic Church, 1530 Norwalk Drive, Katy, TX 77450. Mrs. Courtney will be laid to rest in Livonia, Michigan at a later date. In lieu of flowers, please consider contributions in Loretta’s memory to The Cancer Research Institute at www.cancerresearch.org

Loretta Massaro Courtney, 81, of Livonia, Michigan, passed away peacefully, on Monday, January 16, 2017 at her son&#8217;s home in Houston, TX. Mrs. Courtney was born June 10, 1935 in Salem, Ohio to William and Eva Massaro. She is survived... View Obituary & Service Information

The family of Loretta Massaro Courtney created this Life Tributes page to make it easy to share your memories.

Send flowers to the Courtney family.