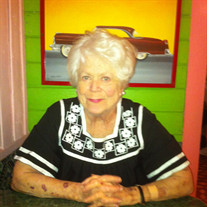 Lorraine Mackay Stewart was born in Jonesboro, Louisiana, in 1927 to George and Estelle (“Stella”) Mackay as the sixth of eight children. Lorraine had an adventurous life, beginning with her childhood years when she was happiest exploring the swamps and bayous of northern Louisiana with her brothers. She was a talented musician and played clarinet for bands throughout her school years. Her intellectual formation was guided by the nuns at the College of the Sacred Heart, Grand Coteau, Louisiana, whose influence upon her was profound and lifelong. (She would later study early childhood education at the University of St. Thomas in Houston.) After college she moved to New Orleans, where she taught at the Rosary Sacred Heart Academy for four years, followed by a year in a public school in Algiers on the west bank of the Mississippi. In New Orleans she met Frank Stewart, the love of her life, at the boarding house where they both lived. Seeing her return home early in the morning he initially thought she was much too “fast” for him, but then learned she was a regular at 6:00 am Mass. Marriage to Frank led to her next adventure, a move to boomtown Houston and raising their three children, Andrew, Margaret, and Emily, in West University Place. A gifted teacher, Lorraine was her own children’s first and best teacher. Every conceivable holiday was celebrated in festive style: for Chinese New Year, all sat on the floor around the coffee table to eat chop suey with chopsticks. Her papier-mâché Halloween array was famous for miles around. She was a fabulous cook in the Louisiana tradition, reading cookbooks from the great New Orleans restaurants as if they were novels and creating many of her own recipes. Andy, Margaret and Emily were always encouraged to bring their friends home. Among them was Andrea Wilkinson (now Sitterle), who became a third daughter. Lorraine was always cooking something, or up to something, and happy for others to join in. Once all the children were of school age, she taught for a few years at Duchesne Academy of the Sacred Heart, and later at St. Vincent de Paul School, where she started what was at that time an innovative after-school program for children of working parents. After divorce from Frank, she began another great adventure in Mexico, a country she had always loved. This caused some consternation among her siblings, leading her brother Harvey to write to their sister Dolly, “You’d better check on Lorraine. She just bought a pith helmet so there is no telling what she’s up to.” After a semester at the Universidad de las Américas in Puebla studying Spanish and archeology, she settled in San Miguel de Allende. She lived there for over a decade, walking to the market daily to buy groceries, stopping at the Jardin along the way to visit with friends, painting and reading, and exploring the local culture. Despite her delight in life in San Miguel, she came back to Houston when her daughters started their own families. Along came grandchildren Austin, Stewart, Andrew, and then Rachel. She adored them all, and turned her skills to the next generation. She cooked dinners, helped with homework, but the magic was in her creativity. Costumes flowed from her sewing machine. If her girls wanted to dress their kids as reindeer for Christmas card pictures, voilà! If the boys wanted to dress like Tarzan, loincloths were produced. On one memorable occasion she strung together dog leashes, hung them over the bannister, and let Margaret’s boys—in their Tarzan loincloths—swing on them like jungle vines (every pillow in the house carefully laid on the floor). When they got in trouble with their parents, the grandkids could always find refuge in her room, where she would share her not-so-secret stash of candy and let them choose their own shows on her TV. They adored her. In her last years she lived at the Buckingham in Houston among treasured mementoes of family and adventure. She cut her own figure in her favored Mexican dresses and unique sense of humor, befriending many and loved by the staff and her faithful caregiver Jerlean Black. She declined gently, more quickly since Thanksgiving this year. Her end was peaceful. Lorraine was preceded in death by her father, George P. Mackay; mother, Estelle Lockwood Mackay; siblings Harvey Mackay (Bob), Edwin Mackay, Rosemary Reed (Mimi), Margaret Ann Mackay, Louise Tucker (Weezo), George Mackay Jr. (Sonny), and Ann Kershner (Dolly). She survived Dolly by just a few weeks. Lorraine is survived by her son Andrew (Fr. Columba, OSB); daughters Margaret Harris (Alan) and Emily Weingeist (Danny); grandchildren Austin Harris, Stewart Weingeist, Andrew Harris, and Rachel Weingeist. Funeral services will be January 2, 2019, at Christ the Redeemer Catholic Church, 11507 Huffmeister Road, Houston, TX 77065. Visitation from 10:00-10:45 AM, followed by the Funeral Mass at 11:00 AM. In lieu of flowers, memorial gifts may be made to the Hill Museum and Manuscript Library, Saint John’s University, Collegeville, Minnesota. Her ashes will be interred at the Saint John’s Abbey Cemetery in Collegeville.

Lorraine Mackay Stewart was born in Jonesboro, Louisiana, in 1927 to George and Estelle (&#8220;Stella&#8221;) Mackay as the sixth of eight children. Lorraine had an adventurous life, beginning with her childhood years when she was happiest... View Obituary & Service Information

The family of Lorraine Mackay Stewart created this Life Tributes page to make it easy to share your memories.

Lorraine Mackay Stewart was born in Jonesboro, Louisiana, in...

Send flowers to the Stewart family.