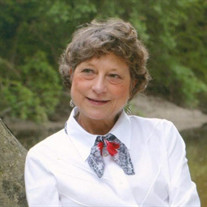 Lucy Rausch “Lulu” Parker of Katy, Texas passed away peacefully October 5, 2016 gazing into the eyes of the love of her life and Best Friend. She was born October 15, 1951 in New Orleans to Erwin and Lucy Rausch. Lulu is survived by her devoted husband Joe Parker; her mother Lucy Rausch, brother John Rausch and his wife Connie and her niece Caroline Rausch; as well as her dear Mississippi family, Wylene (Claude, dec.) Parker, Gene (Cathy, dec.) Parker, Glenn (Ginny) Parker, Clay (Collette) Parker, Pat (Elise) Parker, and their children and grandchildren. Lulu grew up in Covington, Louisiana, graduated Covington High School, and received her Bachelor of Arts degree from the University of Mississippi. At Ole Miss, Joe and Lulu met and began a love affair that lasted a lifetime and forty-four years of wedded devotion. After college, Lulu worked for law firms as land title abstractor and in the private banking sector of HSBC. Joe’s engineering career afforded them the opportunity of living in several foreign lands including Dubai, Singapore, and Indonesia (1982-1999). Wherever they lived and traveled, Lulu collected friends for life. She embraced the people and cultures with enthusiasm, making the world smaller and more approachable. The couple returned to Katy in 1999 where Lulu became active in her church family at Emmanuel Episcopal Church. Lulu was most happy helping others, which she did quietly, generously, and without recognition. Tender-hearted, compassionate, vivacious, and energetic, Lulu was devoted to the under-served. Lulu was very committed to the Gathering, a program offered by St. John the Divine Episcopal Church and Interfaith Ministries that offers fun and fellowship for those suffering from dementia. LuLu was an avid supporter of the Heifer Project to alleviate poverty in undeveloped areas and the ASPCA in relief of abused and neglected animals. Lulu was a gracious Southern lady who delighted in hosting elaborate holiday celebrations with family and friends. Lulu truly had a joie de vivre that elevated even the mundane into unique experiences. Lulu loved animals, particularly her three cherished cats. Lulu enjoyed fishing, traveling, running and swimming, New Orleans, Mardi Gras, sparkling clothing and accessories, fine dining, good wine, and street food. LuLu lived and enjoyed life to its very fullest, and she encouraged everyone she touched to do the same. A memorial service celebrating Lulu’s life will be held at 11:00 AM on Saturday February 4th in Christ Episcopal Church, 129 N. New Hampshire St., Covington, LA 70433. In lieu of flowers, donations to Christ Episcopal Church in Covington, Louisiana in memory of LuLu will be welcome. Visit www.DettlingFuneral.com to leave tributes.

Lucy Rausch &#8220;Lulu&#8221; Parker of Katy, Texas passed away peacefully October 5, 2016 gazing into the eyes of the love of her life and Best Friend. She was born October 15, 1951 in New Orleans to Erwin and Lucy Rausch. Lulu is survived... View Obituary & Service Information

The family of Lucy R. "LuLu" Parker created this Life Tributes page to make it easy to share your memories.

Send flowers to the Parker family.