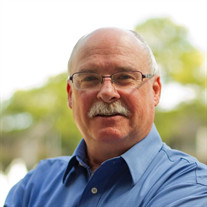 Mark Percy Hinton of Missouri City, Texas, passed away peacefully on September 17, 2016 surrounded by his family at MD Anderson Medical Center, Houston. He was the son of Oscar Percy and Lillian Clayton Hinton of Tuscaloosa, Alabama. He is lovingly remembered by his wife Charlotte, their daughters Katherine Hinton-Rosenberg (Ben Rosenberg) of Austin, and Elizabeth Hinton of Houston and their son Troy Hinton (Nori) of Houston with granddaughters Angie and April. He is also survived by his brother Ken Hinton of Big Sandy, Alabama and Indonesia. Also surviving are aunts, uncles, many close cousins and a host of dear friends. Mark was born and grew up in Tuscaloosa, graduating from Tuscaloosa High School in 1971 and earning his mineral engineering degree from the University of Alabama in 1975. After marrying his college sweetheart Charlotte Orman of Athens, Alabama, he worked in Pittsburg PA, Tuscaloosa, Port Sulfur and Slidell LA, Houston, Hattiesburg MS, and Pekanbaru, Indonesia. He retired from Chevron in Houston in 2014. As a committed and exemplary follower of Christ, Mark was deeply dedicated to his Presbyterian church serving others in many ministries and as a choir member, deacon and elder. He made Matthew 5:16 a living reality for those around him. Mark is remembered for his sacrificial commitment to people, primarily his loving and beloved family. He delighted in traveling and touring with them when he threw his usual frugality to the wind. He had a keen sense of compassion for others. Leading by example, he made sure that those working under him were treated fairly and respectfully. Many still say he was their best boss ever and regretted his frequent transfers to other fields to solve new engineering enigmas with his consummate skill. Mark was a total fan of Alabama football. His unconscious good-bye moment was with nine family members in his ICU room as they celebrated the UA-Ole Miss game together. All agreed it was a parting that he would have enthusiastically reveled in…until we all meet again. Roll Tide Roll! Mark Hinton’s memorial service will be held at 2:00 PM, on Saturday, September 24 at Dettling Funeral Home, 14094 Memorial Drive, Houston, TX 77079 with a reception following. Another memorial service in Tuscaloosa is being planned at a later date and time to be announced. In lieu of flowers, the family suggests memorials to the Presbyterian Children’s Homes and Services (www.pchas.org), Legacy Community Health (www.legacycommunityhealth.org) and East Fort Bend Human Needs Ministry, Inc. (www.humanneeds.org) or another charity of your choice. Please share this information with any friend of Mark whom you suspect may not receive it directly.

Mark Percy Hinton of Missouri City, Texas, passed away peacefully on September 17, 2016 surrounded by his family at MD Anderson Medical Center, Houston. He was the son of Oscar Percy and Lillian Clayton Hinton of Tuscaloosa, Alabama. He is... View Obituary & Service Information

The family of Mark Percy Hinton created this Life Tributes page to make it easy to share your memories.

Send flowers to the Hinton family.