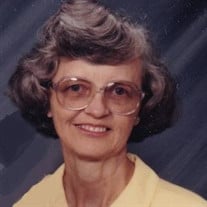 Mary Barbara (O’Brien) Cherry was born in Columbus, Ohio on January 1, 1938 to Edward and Hildegard O’Brien. She passed away on December 22, 2017. Barbara graduated from St. Joseph Academy (1956) and the Mt. Carmel School of Nursing (1958). In 1958, she married the love of her life, Jack Cherry. Between 1961 and 1965, they had four children: Jack, Lisa, Patrick and Tom. Barbara lived what she called an adventure filled life with stops in Lancaster (OH), Cincinnati, Baton Rouge, Lawrence (KS), Houston, New Orleans, Tampa and finally Houston again. While in Houston, Barbara worked much of the 1970’s through the 1990’s at Memorial Hermann Hospital (Med Center) on the Second Floor pediatrics ward where she cared for sick children like they were her own. She retired in 1999 to become a full time grandmother and volunteered at both St. John Vianney Catholic Church and Rees Elementary. Her family and her faith were the most important things to Barbara. She lived for her husband, their children and grandchildren. She loved watching them blossom and grow. Barbara was preceded in death by her husband Jack, their infant son, Robert, her parents, and her brother, Larry O'Brien. Barbara is survived by daughter Lisa Howard and her husband Gerard; sons Jack, Patrick and Tom and their wives Carey, Kathy, and Belia; grandchildren Marisa, Megan, Sarah, Brianna, Tommy, John, Elizabeth, Christopher and Michael; brothers Jack O'Brien and Keith O’Brien; and numerous nieces and nephews. The Cherry family will be present to receive friends Wednesday, December 27, 2017 from 6:00 PM until 8:00 PM with a Vigil Service beginning at 7:00 PM at Dettling Funeral Home, 14094 Memorial Dr., Houston, TX 77079. The Funeral Mass will commence Thursday, December 28, 2017 at 10:30 AM at St. John Vianney Catholic Church, 625 Nottingham Oaks Trail, Houston, TX 77079. In lieu of flowers the family asks that donations be made to St. Jude Children's Hospital.

The family of Mary Barbara (O'Brien) Cherry created this Life Tributes page to make it easy to share your memories.

Send flowers to the Cherry family.