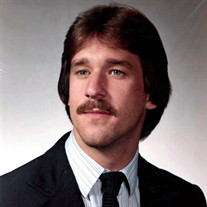 Moss Alan Crenshaw was born in Jacksonville, Texas on December 6, 1958 to T. C. “Sandy” Crenshaw and Mary Katherine Ledbetter Crenshaw and passed away in Montgomery, Texas on February, 12, 2018. He began his education in Tomball, Texas and completed high school at North Shore in Galena Park ISD where he was Who’s Who in American High Schools, a drummer in the band and an accomplished player for the Mighty North Shore Mustang Varsity Basketball Team, He was a member of Holy Trinity Methodist Church where he spent most of his school years and came from a long line of Methodist Ministers. Moss Alan completed his higher education at Sam Houston State University where he received his Bachelor’s Degree in Radio, Television and Film and was a proud member of the Alpha Tau Omega Fraternity. SHSU and his fraternity brothers held a very special place in his heart. He began his career with Hilti as a Telecommunications Manager which took him from Houston, to Tulsa, Toronto, Vancouver and back to the Dallas/Ft Worth Area. He is preceded in death by his mother, father, brother Robert Henry Crenshaw and his beloved grandmother Mary “Mammy” Ledbetter. He is survived by his wife, Rhonda McBride Crenshaw; daughter, Lynette and husband Andrew Arbini; son, Samuel Alan Crenshaw; brother, Richard Crenshaw and his wife Ellen; sister, Sandra Schneider; niece Richelle and nephews Cameron and Christopher. Moss Alan will be remembered for his authentic wit, his love of music, his appreciation for the beauty of nature and his compassionate ability of making others feel special. There will be a Celebration of Life and Memorial Service for Moss on Saturday, March 24, 2018 at 2:00 PM at Dettling Funeral Home, 14094 Memorial Drive, Houston, TX 77079. In lieu of flowers, the family would like the following; to be kind to a stranger, reach out to a friend or relative, or make a donation to an organization that has significant meaning to you.

Moss Alan Crenshaw was born in Jacksonville, Texas on December 6, 1958 to T. C. &#8220;Sandy&#8221; Crenshaw and Mary Katherine Ledbetter Crenshaw and passed away in Montgomery, Texas on February, 12, 2018. He began his education in Tomball,... View Obituary & Service Information

The family of Moss Alan Crenshaw created this Life Tributes page to make it easy to share your memories.

Moss Alan Crenshaw was born in Jacksonville, Texas on December...

Send flowers to the Crenshaw family.