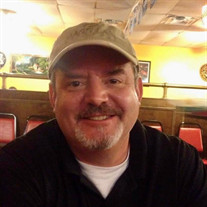 On May 26, 2022, Richard William Grayshon passed away at the age of 57 in Houston, Texas. Richard was born August 3, 1965 in Houston. Richard/Dicky-boy/Papa was beloved by all; was funny and kind-hearted. He had many good friends during his life, especially those from his school days. He loved his family and his friends deeply, and always enjoyed a good practical joke. He pushed his brother into the pool with his cell phone in his pocket the afternoon before a business trip, stealing the science classroom skelton with his highschool buddies, and Susan refused to go to the grocery store with him because he would throw rolls of paper towels over the aisle trying to “bomb” her. Richard was always full of a tremendous amount of joy and happiness…. Except when the Howard family sent him “Snipe” hunting at their ranch, in a deer stand. He was equipped with a turkey call in one hand and a 12 pack of Bud Light in the other. The city boy that he was, he did not know that it was a turkey call. He was only upset that the beer ran out. Richard was passionate about many things in his life. He enjoyed mowing his lawn infrequently, listening to Beatles music, and loved Christmas. Let’s just say that Wonderful Christmas Time was played often in the Grayshon household. Richard was an avid reader of History, and loved watching documentaries about naval battles and world wars. Above all else, Richard enjoyed spending time with his family. One of his son’s favorite memories was going to see movies every Friday night with his dad. Richard will never understand the impact this time together had on his son. Richard loved his wife deeply, and would let his “sugar booger” know it all the time. Richard loved everything baseball and French Bulldogs. He even grew to love Susan’s German Shorthaired Pointers. He enjoyed helping raise litters of puppies, and watching every Astros baseball game. Richard had a tremendous impact on many young people and their families, serving the greater Houston area for over 30 years as the manager of Barcelona Sporting Goods. For many families in the greater Houston Area, the first pilgrimage to Barcelona Sporting Goods to get the first baseball bat, or first football helmet was a very important moment. Richard was the reason why so many families shopped only at Barcelona Sporting Goods. The quality of service and family atmosphere that he helped establish at Barcelona Sporting Goods was unparalleled. Richard is survived by his wife Susan, and his son Matthew. Richard and Susan were married for 30 years. A celebration of life will be held Saturday June 4, 2022, beginning at 2:00 PM and ending at 4:00 PM at Dettling Funeral Home, 14094 Memorial Drive, Houston, TX 77079.

On May 26, 2022, Richard William Grayshon passed away at the age of 57 in Houston, Texas. Richard was born August 3, 1965 in Houston. Richard/Dicky-boy/Papa was beloved by all; was funny and kind-hearted. He had many good friends during his... View Obituary & Service Information

The family of Richard William Grayshon created this Life Tributes page to make it easy to share your memories.

Send flowers to the Grayshon family.