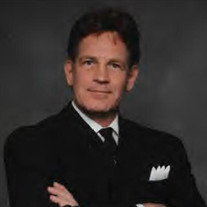 Robert Lawrence Bennett, age 61, of Houston, TX known to all as “Bob” slipped peacefully into the arms of Our Heavenly Father on Wednesday morning, January 4, 2017. Though we can’t understand “Thy Will Be Done.” Bob was born November 6, 1955 in Asheville, NC. He was the son of the late Frank West Bennett and Martha Moore Bennett. He was the loving husband of 39 years to Eve L. Perez Bennett. He is survived by his wife Eve; his mother, Martha Bennett; brothers, Frank Bennett and wife Connie; daughter Cori and husband Tyler Horne, and children Bennett, Ellis, Hollin; son Forrest and wife Katelyn; Rieley Bennett and wife Eve , daughters Mary, Husband Seth Herbert, Martha, and Madline.; Stuart Bennett and wife Linda; sons, Cody, Blake and Austin Bennett. Aaron and Johnny Damian who lived with Robert and Eve; brother-in-law, John Ray “J.R.” Perez and wife Sherry and their sons, Jonathan, Tino, RB and Micha; and sisters-in-law, Debra Perez, daughters Mia and her son Marco Perez, Mona and husband Gilbert Mendoza and their children, Juliana, Isaiah; Sister-in-law, Estella Damian. Niece, Tamika and husband Joe Howard and son Brandon Wittbold. Bob was preceded in death by his father and son, Shaun Paul Bennett. Bob earned his business degree from the University of Mississippi in Oxford, MS (Ole Miss) and his Certificate of Financial Planning from the College of Financial Planning in Denver, CO. He was, like his father, a Certified Financial Planner and Educator for the last 28 years. In 1983, Bob was founder and President of his own consulting company that later became Creative Capital Concepts Group in Houston, TX. Bob and Eve worked together side by side steadily building their retirement investment counseling company right up to his death. In that same year Bob was selected as one of the “Outstanding Community Youth Leaders in America” by the American Biographical Institute. He was the author of “Retirement Plan Mistakes and How to Avoid Them.” He used his knowledge to teach numerous classes in the community. Robert and Eve are members of Lakewood Church in Houston and actively participate in their community as well as many local charities. Throughout his life Bob was involved with the outdoors and sports. He was an Eagle Scout and used that training for his many camping and fishing adventures. Bob was proud of his offshore fishing excursions and his skills with animals especially his dogs, Pac-Man and Princess. The family would like to acknowledge the love and support of their family and friends, especially Eve’s sisters, Debra , Estella and niece, Tamika. Visitation for family and friends will be held on Friday, January 13, 2017 from 6 p.m. to 9 p.m. at Dettling Funeral Home, 14094 Memorial Drive, Houston, TX 77079. Services honoring Bob’s life will be held at 5 p.m. on Saturday, January 14, 2017, with a reception following in the Grand Room at the funeral home.

The family of Robert Lawrence "Bob" Bennett created this Life Tributes page to make it easy to share your memories.

Robert Lawrence Bennett, age 61, of Houston, TX known to all...

Send flowers to the Bennett family.