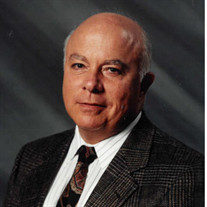 Dr. Robert “Bob” Chris Maier, 80, of Houston, died peacefully of natural causes on November 9, 2020, in Houston, Texas. Bob was preceded in death by his first wife, Julia Ann Maier. He is survived by his second wife Lydia Miller Maier, his two sons; Chris and his wife Denise, and Bryan; 4 grandchildren, Amanda, Bryan, Christian and Gregory, and 3 great grandchildren, Nathan, Julia and Scarlett. He is also survived by his older brother Bill. Bob was born on July 16, 1940 in Corpus Christi, TX and raised in Bowlegs, OK. Bob graduated from the University of Texas Southwestern Medical School in June 1965 and entered into active duty service for the U.S. Air Force, from which he retired on Oct 1, 1986 as a Colonel. His military career started at Glasgow AFB, MT. He completed a residency in Obstetrics and Gynecology at Wilford Hall, Lackland AFB, TX. His military service took him to Fairchild AFB, WA, Reese AFB, TX, Walter Reed Army Medical Center, MD and he retired from Lackland AFB, TX after serving faithfully and honorably for 20 years. Bob then served as the Associate Director and Vice Chairman, Dept. of OB/GYN for the Medical College of Georgia, Augusta, from October 1, 1986 to June 30, 1997. He then worked for the University of Texas Health Science Center, Houston as the Chief and Vice Chair of OB/GYN at LBJ Hospital from September 1, 1997 until his retirement on June 1, 2010. Bob always showed great generosity with his family and friends and was known for his keen sense of humor and boisterous laugh. He was a very beloved husband, father and grandfather. His funeral will be held at Houston National Cemetery on November 20, 2020 in a private family ceremony. The family requests that, in lieu of flowers, donations be made to the Boys Ranch Town-Edmond OK or the Citizens for Animal Protection.

The family of Dr. Robert Chris Maier created this Life Tributes page to make it easy to share your memories.

Send flowers to the Maier family.