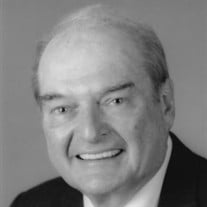 Robert K. “Bob” Murphy, 86, of Houston, passed away November 29, 2016. He is preceded in death by his parents, his brother, and his wife Joan Bowers Murphy. Bob is survived by his children; Mary Beth Murphy and husband Ralph Hasson, Marilyn Carruthers and husband Jim, Jim Murphy and wife Kathleen, Barbara Vanikiotis and husband John, Kathleen Woodhouse and husband Don, grandchildren; Christopher Carruthers and wife Priscilla, Jonathan Carruthers, Patrick Carruthers, Nicholas Vanikiotis, Robert K. Murphy, II, Pace Murphy, Katie Vanikiotis, Benjamin Woodhouse, Emma Woodhouse; and great grandson, James Carruthers. Bob was loved by all his family including nieces, nephews and extended family members. Bob was born in Chicago, Illinois to Richard E. and Loretta Murphy. He grew up in Chicago and graduated from Loyola Academy before enlisting in the United States Marine Corps. He proudly served his country as a Master Sergeant during the Korean War. Returning from Korea to Chicago, Bob married the love of his life, Joan, in 1954. He started in the insurance industry and moved his family to Houston in 1963. His career with Mass Mutual spanned five decades. An active member of his community, Bob served on neighborhood boards, school boards, and community watch groups. He was active in local politics throughout his 50 plus years in Houston. He was an involved member of St. Cecilia Catholic Church and a patron of the Holy Name Retreat Center. Bob’s life was full. He loved the outdoors as a golfer, an avid hunter, and especially at his home on Inks Lake. He adored spending time with his children and grandchildren. Bob loved his music. He was a dynamic, optimistic, proud, strong willed Irishman with a gregarious laugh and sense of humor. Bob truly lived his life on his terms. The Murphy family will receive friends Sunday, December 4, 2016 from 2:00 PM until 5:00 PM with a Vigil Service beginning at 4:00 PM at Dettling Funeral Home, 14094 Memorial Dr., Houston, TX 77079. A Funeral Mass will commence Monday, December 5, 2016 at 10:00 AM at St. Cecilia Catholic Church, 11720 Joan of Arc Dr., Houston, TX 77024. A reception will follow Holy Mass on the church campus. In addition to customary remembrances please consider contributions in Bob’s memory to Holy Name Retreat Center at https://holynameretreatcenter.com .

Robert K. &#8220;Bob&#8221; Murphy, 86, of Houston, passed away November 29, 2016. He is preceded in death by his parents, his brother, and his wife Joan Bowers Murphy. Bob is survived by his children; Mary Beth Murphy and husband Ralph Hasson,... View Obituary & Service Information

The family of Robert K. "Bob" Murphy created this Life Tributes page to make it easy to share your memories.

Send flowers to the Murphy family.